Another day spent dressing the loom. Yup, "dressing the loom" is doing all the preliminary steps before being able to weave on a floor loom. I guess it's a good thing that I really enjoy the process.

Today's task was sleying the reed. All in all it went pretty well. There was just one hiccup early on.

I found a mistake.

Even though I thought I was being excruciatingly careful yesterday I found a threading error. Two heddles were found sitting cozily side by side. Psst, they should not have been together. 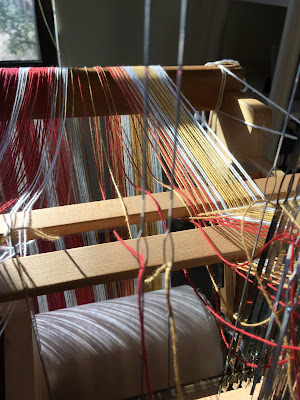 Luckily, I had only sleyed about 3 inches of the reed.  But, still, I wasn't too keen to pull all the threads out and have to start all over. 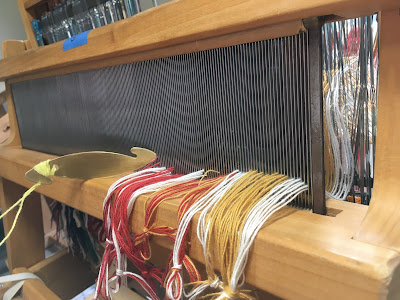 I told my story of woe to The Man and mentioned that sometimes people make their own DIY repair heddles. He asked me to bring him a heddle. He looked at it, went into the garage for a tool, and simply snipped both ends. We went into the Loom Room and The Man slid his repair heddle onto the heddle bar.

I fixed my threading error and finished sleying the rest of the warp without further incident. 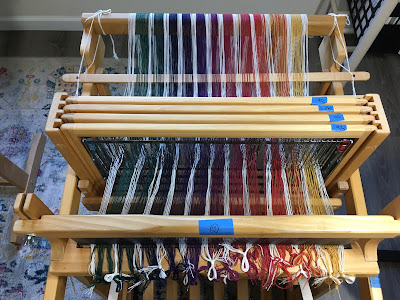 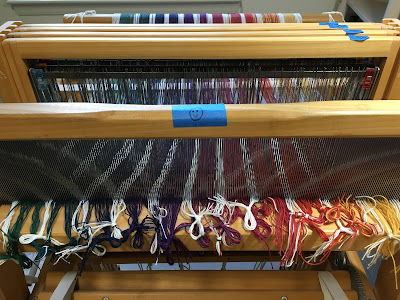 It was the end of a good day. 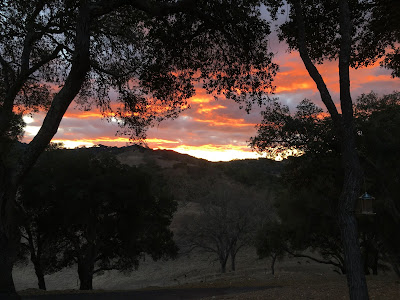