Two days before Thanksgiving I volunteered at our local food pantry. Frankly I had been dreading the day. I knew it was going to be busy and I knew I would be hoisting a lot of turkeys. I was right.

On a typical day we see about ~ 20 clients between the hours of 1-3 pm. The Tuesday before Thanksgiving we saw over 60 families.

We didn't finish filling their orders till 4:30 pm and by then we had run out of most of the food: the fresh fruits and vegetables were gone, the good stuff anyway, onions were still available. Quite a bit of the canned goods were gone. I took the last can of chicken broth off the shelf and gave it away as "Soup". Oreos with a Halloween theme (orange-colored filling) were given because all of the pies and pastries were gone. We were running low on milk, and ran out of eggs.

But everyone, who wanted one, got a turkey.

I am grateful for the generosity of Communities who provide for food insecure Households. I am thankful for the Atascadero Loaves and Fishes (ALF), our local food pantry. ALF distributes groceries, household essentials, vouchers for propane (heat source), and vouchers to be used at the local thrift store for adult job-seekers and kids' clothing. ALF is made up entirely of volunteers.

And I am thankful that there were four of us Baggers (usually it's only two) who showed up on Tuesday to help distribute to the 60+ families. It was an enjoyable day.

From our home to yours, Happy Thanksgiving 2017. 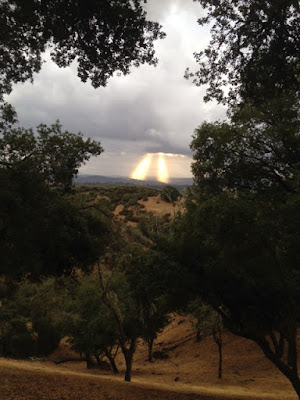 So over the years we've accumulated stuff. Good stuff, mind you. But stuff nonetheless.

Over the summer months I've been helping to sell some of The Man's small boat parts on eBay. It's easy. Most of the items weigh only a few ounces and I'm able to do all the mailing from the comfort of home: weigh, wrap, print and pay postage.

Since the items weigh so little I'm able to ship USPS First Class (i.e. cheap rate) with a Tracking Number. When I leave the items in our mailbox it's Tracking Number is scanned when it's picked up so I know exactly when it's on it's way. Most of the items I have mailed have been received in four days or less.

It was all going along swimmingly.

Then last month I shipped a 2 oz. 6" x 9" poly mailer (puffy from bubble wrap) to a New York suburb. And I waited for delivery.

The next week I called our local post office and we were in agreement that the package was taking a long time. It was suggested I call the New York Post Office and was given their phone number. I spoke to Richard and though he was nice about it we were both seeing the same message, "In Transit to Destination".

Twelve days after mailing the item, it made landfall. In Puerto Rico. It wasn't supposed to be going there.

A few hours later it was on the move again and forwarded onward.

By this time I had already refunded the eBay Buyer and found entertainment in tracking my peripatetic package.

New Jersey? It's on the East Coast, could it be on it's way to New York?

Yes! Delivered in the Mailbox thirty days after being mailed.

The eBay Buyer immediately contacted me and paid for the item.

I'm sure John will enjoy telling the story of his wandering boat part. I hope he also mentions that the postage paid was $2.77. Quite a bargain.

Oh, those goats. Who knew that goats would be so hydrophobic and who knew we could exploit their aversion to water for behavior management. We keep a spray bottle of tap water on hand at all times.

So I am constantly entertained by Bitsy who despite herself is drawn to the buckets being refilled with fresh water. Even if it means getting wet she will slowly make her way to the swirling splashing liquid. I'm pretty sure she's attracted to the bubbles, they're so bubblicious. 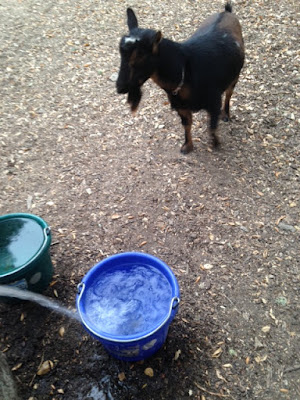 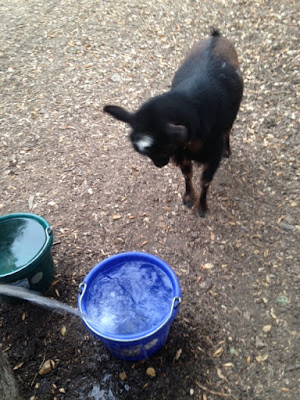 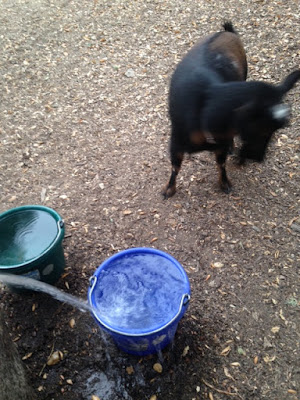 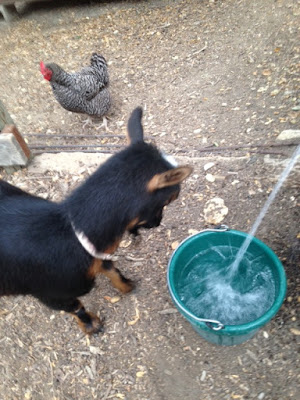 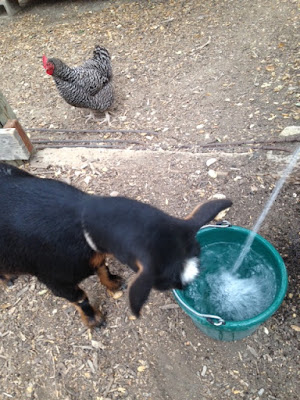 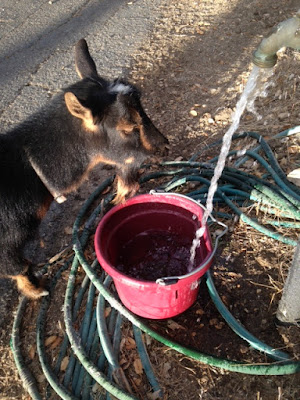 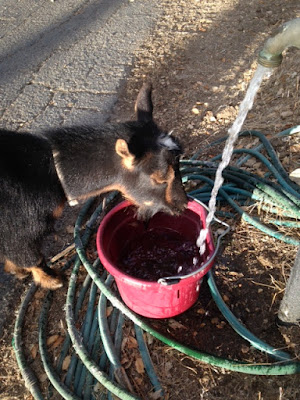 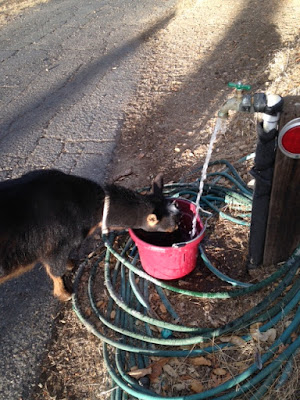 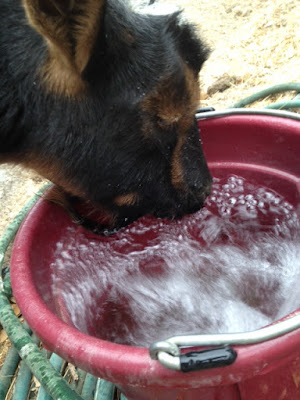