An Excerpt, A Passage

you must be able
to do three things:
to love what is mortal;
to hold it

against your bones knowing
your own life depends on it;
and, when the time comes to let it go,
to let it go. 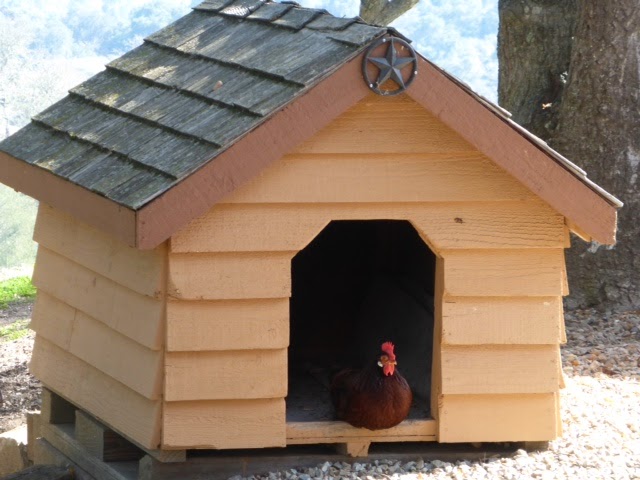 Sweetness: I'm going to miss your happy chattering. You were a very good Girl.

The little homestead critters have been busy again. We're not sure if it's one critter, two critters, or the whole critter clan.

If it's just the one critter, well then, "It's an industrious little fart," comments The Man.

Here's how it goes: The little fart takes cat food out of Molly's bowl, 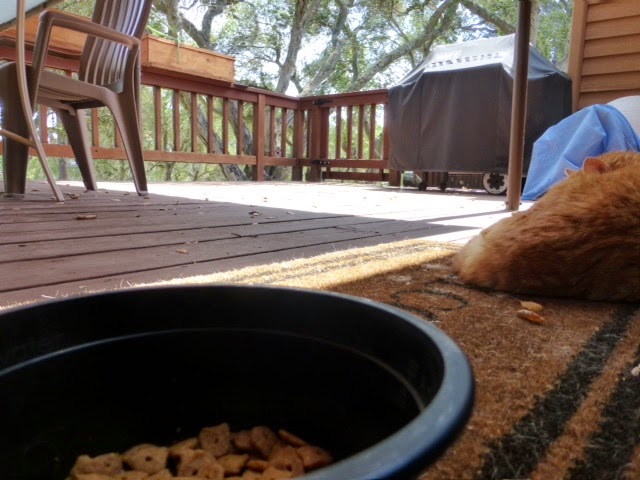 right from under her nose, 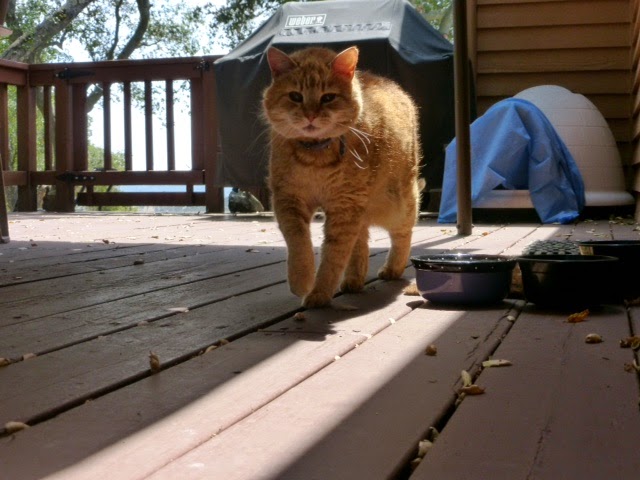 across the wooden deck,
down two steps,
along the concrete sidewalk,
into the garage,
across the garage floor, 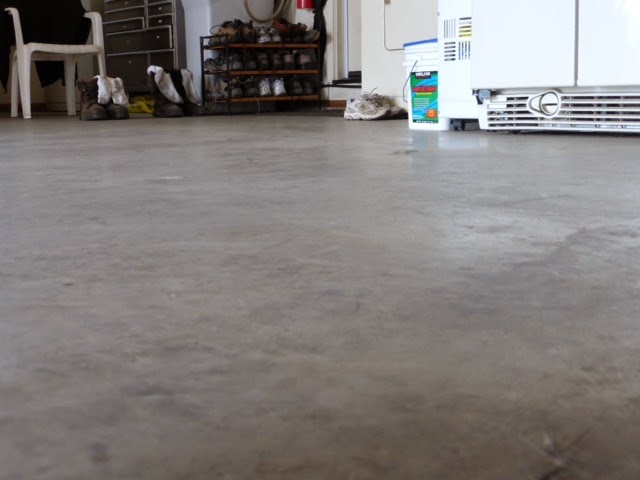 and makes deposits of the tasty bits in our shoes. We've been through this once before. 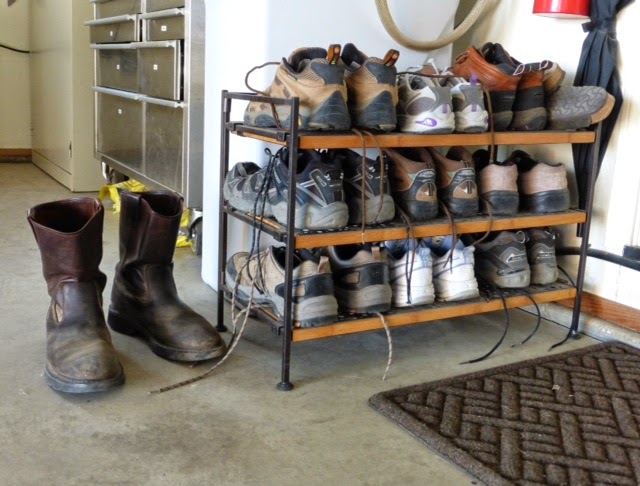 But this time The Man has found nuggets in and around his motorcycle: his riding gloves - each leather finger stuffed fat with kibble - and also the engine compartment. 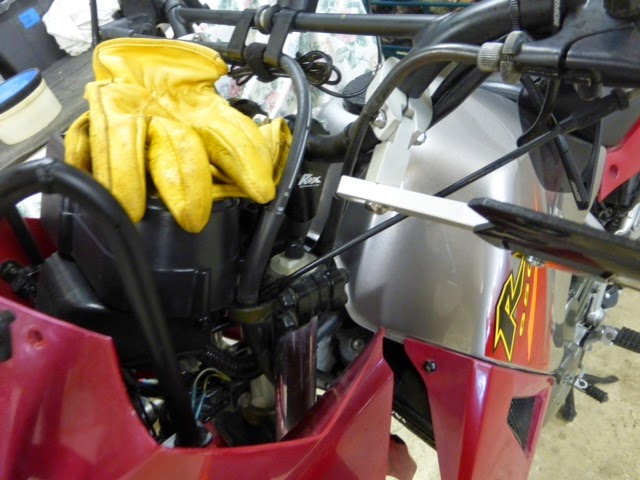 Not sure how well pet food acts as fire starters but it would be an extremely bad thing to find out while cruising down the highway at 65 miles-per-hour and have the engine burst into flames. Yeehaw.

Yes, it's unfortunate to have to set a mouse trap for a critter that makes you laugh out loud.

The last two nights The Man has set a trap and each night he's caught a mouse. He said the mouse on the first night was the fattest mouse he ever saw. And it was missing part of a foot and part of a tail. "A three-legged mouse." Not fresh wounds, old healed-over wounds.

A survivor of past flights.

The mouse traps were baited with dry pet kibble. Not a bad way to go - fat and (hopefully) happy.

Last summer, The Man bought himself a KLR650 motorcycle and seven months later I have finally gotten a ride.

As The Man rode solo along the back roads of SLO County he made frequent comments about what I was missing and how we needed to figure out a way for me to come along. But first he needed to get comfortable handling the new-to-him bike. As a dual-sport motorcycle (one tire on the paved road and one tire on the dirt trail) it was unlike the cruiser-style HD Sportster he owned in Hawaii. It would take some getting used to.

Last month while we were visiting Santa Margarita's Wildflower Festival on a sunny Saturday afternoon we watched motorcycle after motorcycle drive by. He commented on the fact that bikers come from all over to ride through the Central Coast. I asked him if he was itching to go for a ride and he said, "Yup. You want to come?"

It took us about 15 minutes to get home from Santa Margarita and while he got the bike ready I packed us a late lunch.

The trip lasted less than five minutes: he drove down our steep driveway, made a perfect slow, controlled U-turn at the bottom, and then headed back up the driveway.

Between the gas tank in the front and the hard storage case attached to the luggage rack in the back we were wedged in like sardines. I didn't even have to hold onto him, I couldn't move an inch. Yeah, well, this wasn't going to work.

When he got back into the garage he transferred his tools (just in case), first aid kit (just in case), my little backpack, and my bag of knitting (just in case) into a canvas bag. It took him only a few moments to unbolt the hard case from the rear of the bike and exchange it for the soft-sided bag. When we headed out again with the new arrangement I had some breathing room, literally.

We headed to Santa Margarita Lake. The Lake is part of the SLO County Park system and requires a $10 entrance fee but the Rangers are usually pretty good about waving us through for a quickie visit to the Marina store for a cold drink.


Later, on the way home, we headed back through the town of Santa Margarita for the second time that day. 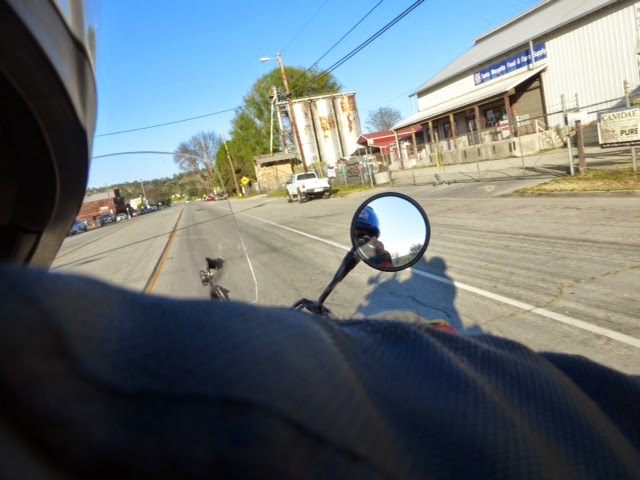 Since then we've made a few more trips exploring the back roads of North County - long winding roads, beautiful scenery, hardly any cars.

Or, as The Man calls it, "Motorcycle Heaven". 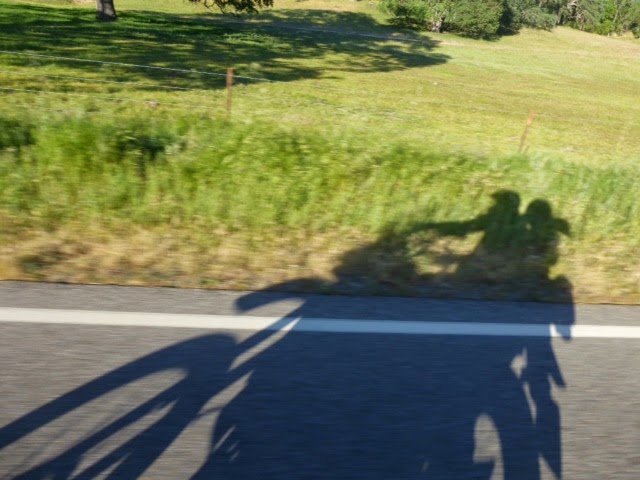 Email ThisBlogThis!Share to TwitterShare to FacebookShare to Pinterest
Labels: 2-Up, North County, OnTheRoad

I've said it before and I'll say it again: Spring is the best time of year around here.

And if you still need more convincing, well, there's the strawberries. They're fresh, sweet, ripe, and plentiful. We've been picking up half a flat from the Strawberry Man selling alongside the road closest to our house. He's there on weekends. 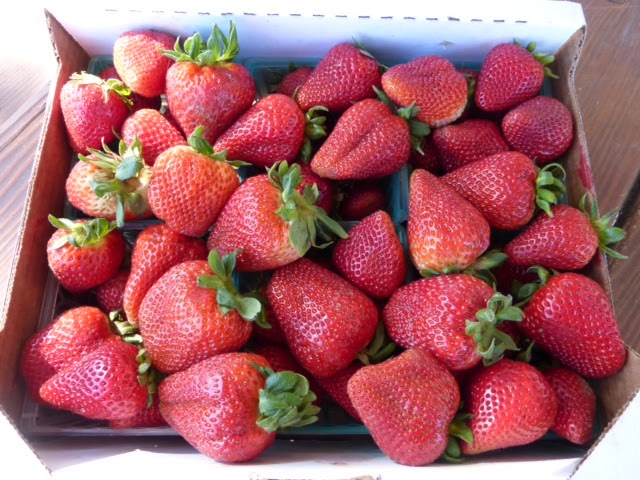 And on this sunny spring Sunday it's too nice to be indoors on the computer. 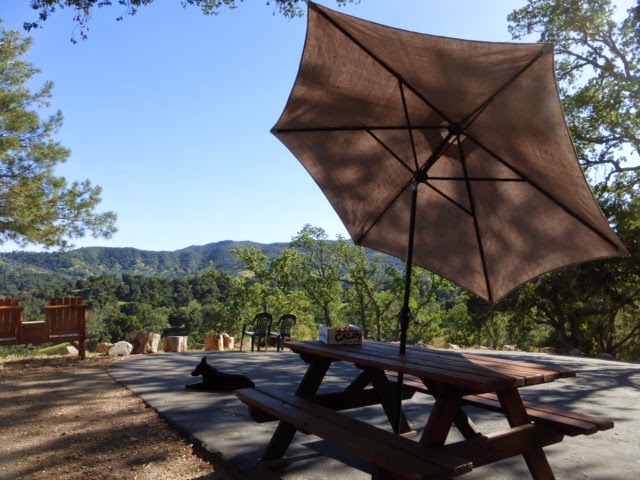 Hope Y'all have a good one too.

Cache Me If You Can

You gotta come see this.
What is it?
You have to see it.
(sigh) Just tell me what it is.
No, really, come here.
Oh my gosh! You gotta be kidding me!

So here's the thing: I enjoy my free-roaming chickens. It makes me smile to look out my window and see them anywhere and everywhere. But when I see them on the back deck, not so much.

It's mostly Sophia, the Speckled Sussex hen, who hangs around the deck. When The Man lets her out of the coop in the mornings she makes a beeline to the back deck in order to bully Molly away from her cat food. By the time I come downstairs, all I find is an empty cat bowl, and a little blob of chicken poop.

I asked The Man to make a barrier to keep the chickens off the back deck. The challenge was to continue to allow Molly her free access. He added an additional 2x4 to the gate but he didn't think it would be enough. I assured him chickens weren't that smart and wouldn't think to go around it.

I was wrong. It didn't stop Sophia for a moment.

Yesterday, she was back again. I chased her around the back deck hoping she'd use the same gap to escape. After a while, when she didn't, I opened the gate door and let her pass through. At that time, I noticed Molly's shade cloth had fallen off her pet igloo. 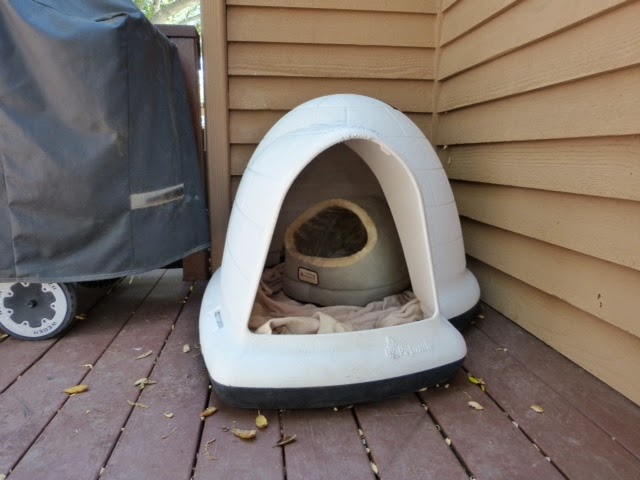 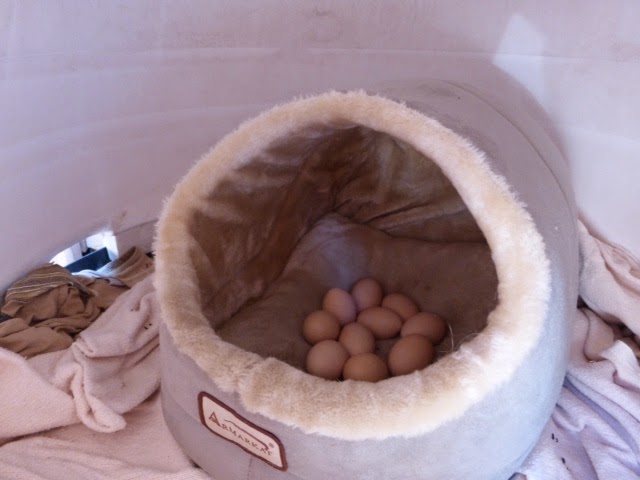 So, it looks like Sophia has been spending a lot more time on the back deck than I thought. She's never been a good layer but lately I had been complaining to The Man that her egg count had been zero. Molly's bed contained 10 small, skinny, pointy eggs - Sophia's eggs. 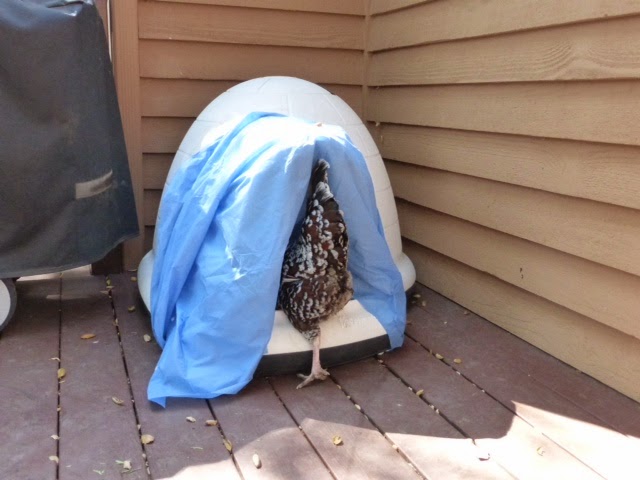