Somewhere, flying over SLO, the photo disappeared.  I'm not sure where it went.  It just vanished.  We're back home now and here's the missing photo ~ ~

The Man and I have flown the coop.  Literally.  Right now we're up in the air, and yeehaw, it's a bumpy ride.  Later, when I post this we'll have (hopefully) made it to Newark, the Garden State, New Jersey.  The Man is going for work; I'm not.  My simple agenda- eat/sleep/knit/relax/read/knit.  At least for the two days while he's working.  Then, midweek we'll be taking day trips to New York City via train and ferry for a little sight-seeing.

The hardest part of packing for me was deciding how many skeins of yarn to bring.  Just the thought of running out of yarn makes me lightheaded.  Needless to say I think I'll be all right for our one week away from home.

Home . . . The Man's sister and her husband from Maui have generously volunteered to be our house-sitter/pet-sitter/livestock-catcher while we're gone.  Let me repeat, they volunteered.  I hope they enjoy themselves.  I guess we'll find out if and when they ever offer to do it again.
Posted by Lynn at 6:30 AM 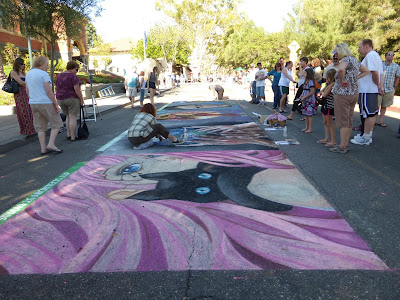 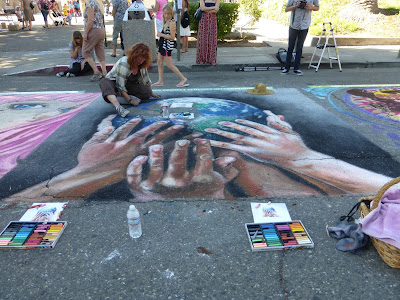 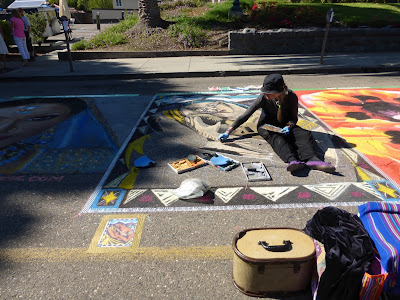 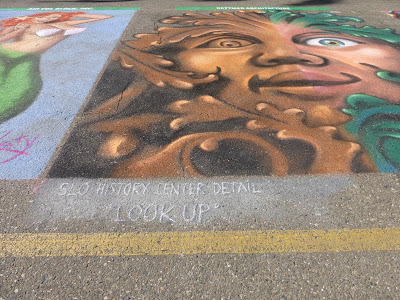 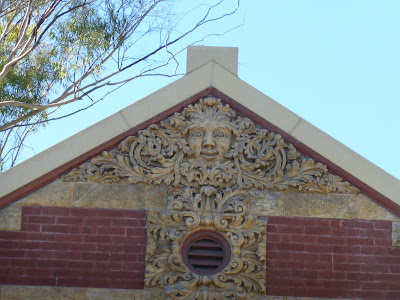 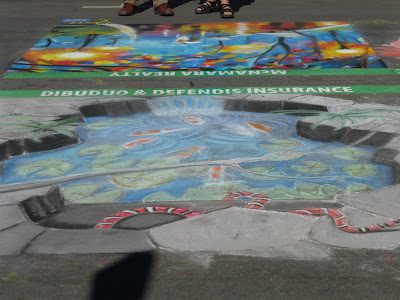 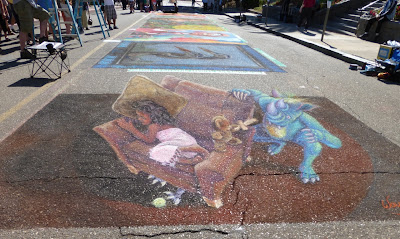 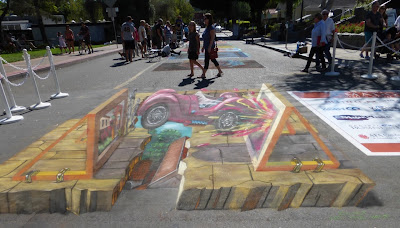 Last night, Saturday night, movie night.  We drove to SLO to the Sunset Drive-In with Z.


I packed so much stuff we looked like we were going camping.  But I got to say we were warm and cozy in the back of the truck: sitting on our inflated mats, leaning against pillows, and wrapped in blankets and a sleeping bag.  The portable radio we brought projected good audio. And we had lots of snacks.

It was so much fun.  (I love the creature features.)  We'll definitely be back.

It's been many many moons since I've owned a bicycle.  It's been even longer since I've ridden one.  Though I have owned several bicycles over the years.

I remember a tricycle.  Memorable because I was stung by the bee that was sitting quietly on the handlebar that I reached for.  Right hand, middle finger.  Zing!

A Schwinn teal-colored stingray was my second bicycle.  I was in the fourth grade, it was my birthday present.  The next day I rode it from the top of our street downhill as fast as I could.  It wasn't aligned or something and started to fish-tail.  Crash!  Chipped a front tooth and broke my left arm.  Our neighbor carried me home.

My next bike was another Schwinn.  This one a green ten-speed I named Kilikikopa.  I frequently rode it from our Kaneohe Bay Drive home to various Kailua beaches.  Amazingly, no injuries that I recall.

In 198-, The Man bought a Specialized Hardrock Mountain bike for my birthday from Art's Cyclery when they were newly opened in Los Osos.  It didn't go over very well as a surprise gift because I thought he had forgotten my birthday and was angrily cleaning the house when he showed up with the teal-colored bicycle and a birthday cake.  (It was my first and last surprise gift from The Man.)

A few years later, while we were visiting family in Hawaii, this same bike was stolen out of our garage when our house-sitter forgot to close the garage door.  After we reported it stolen it was found abandoned at the local middle school.   It was returned to me, sans water bottle, but otherwise entirely intact.  I remember the deputy sheriff went away happily with our heartfelt thanks, chocolate covered macadamia nut candy, and several cans of roasted macnuts from our recent trip.

My off-road biking days are over.  Well, truth be told I remember doing it once and I thought I was going to die.  Literally.  The Man never suggested mountain biking again.

Sadly, the teal-colored bicycle did not make the trip back to California.  We watched the neighborhood kids walking the bike to their home up the street.  And, yes, The Man made sure they asked their parents before they brought home a bicycle in need of TLC.  A whole lot of TLC.  We never did see it again.

The Man took better care of his Hardrock Mountain bike and has been riding it around the neighborhood.  It too needs some TLC but at least it's still ridable.  Though that may be debatable since the seat looks very questionable to me, let's just say it doesn't look very comfortable.

A month ago I got it in my head that if I had a bicycle (again) we could ride together.  And wouldn't that be fun?  The Man tried his darndest to dissuade me, but to no avail.

A week ago we brought home my Electra Townie 7D.  It's called a Granny Comfort bike.


The bike is made for cruising paved bike paths of which there are many in the county.  I'm sure I can handle that.  But before I do I'm getting a helmet.

Last night, The Man and I went to see John Hiatt & The Combo at the Clark Center for the Performing Arts in Arroyo Grande.   With only 617 seats, every seat is a good seat.

Way back when (March 1994) I saw John Hiatt & The Goners at the Fremont Theatre in SLO. Back then we all had black hair.  This time around it was an aging gray-haired crowd listening to rock and roll.  Loud.  I noticed no one got up to dance but there was a whole lot of jiggling seats and tapping feet.

John Hiatt sang his older songs of which we knew all the words.  It was well worth it to leave North County and drive south.

Yesterday we were invited for a dip in the neighbor's pool.  A small chilly dip.

The Man sat on the edge of the pool with just his legs dangling in the cool water.  I got in, stood in the shallows, and tried to find the warm spots.  Z, on the other hand, couldn't get enough, and begged for "one more swim".  We finally resorted to luring him out of the pool with food.

We had some cloud cover so our temperature high was in the mid-80's.  Where's the 100+ degree weather when you really need it?

While I was busy in the kitchen preparing Pool Party food (Sarah's Chinese Cabbage Salad and Smoked Salmon Cheese Ball), The Man and Z were busy in the garage making potato salad. 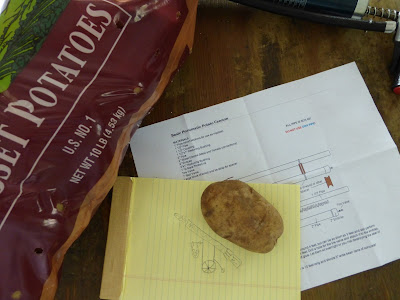 The Cabbage Salad was a hit and so was the Spud Gun.

The road goes on forever and the party never ends.  Robert Earl Keen