The alarm clock had been set for 6:00 am. The Delta 2 SMAP* rocket launch was scheduled for 0620 PST - the opening of a three-minute window of opportunity. The iPads were ready and set up to watch the streaming Live Video. 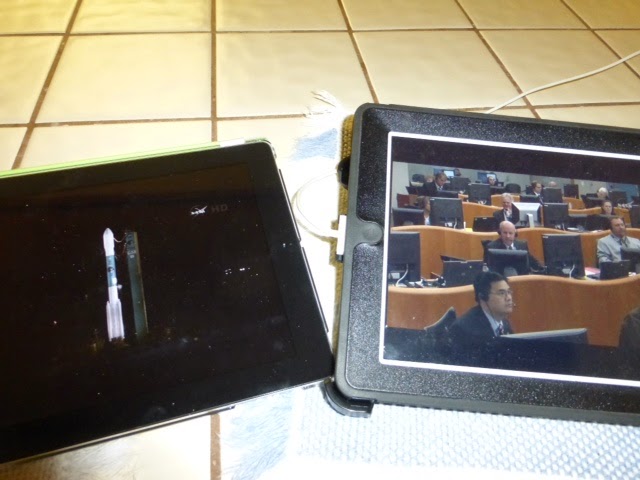 Thursday: The Man got up before 6 am and went outside to the Vista. He saw a blanket of thick fog. He noted that the sky was clear. Watched the pre-launch Live Feed on the iPad. Went outside to let The Man know that the mission was postponed till the next day due to high winds in the upper atmosphere. Headed for the coffeemaker.

Friday: Didn't get out of bed. Read that the mission was postponed another day due to technical difficulties. Murmured the news to The Man, rolled over, and went back to sleep.

Saturday (today): Winds were favorable, all systems were "go". Thick fog out on the Vista with minimal visibility, unable to see the night sky. Watched the streaming Live Video. Waited. Hopeful. 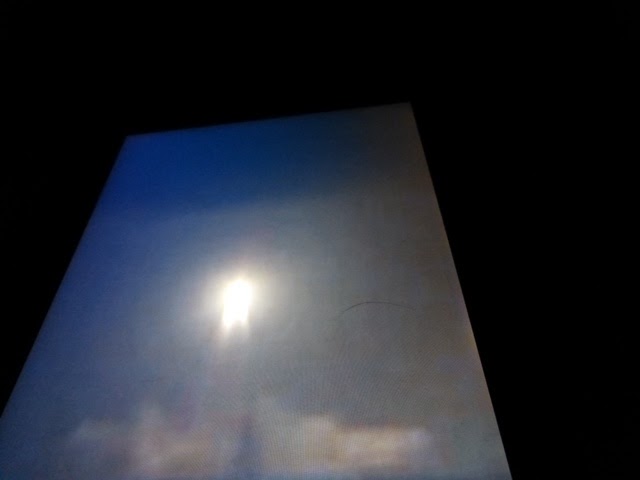 Mattie delivered the two-minute warning, her ears perked up like twin radars. She heard the rocket overhead even if we couldn't. She barked once. It was over. 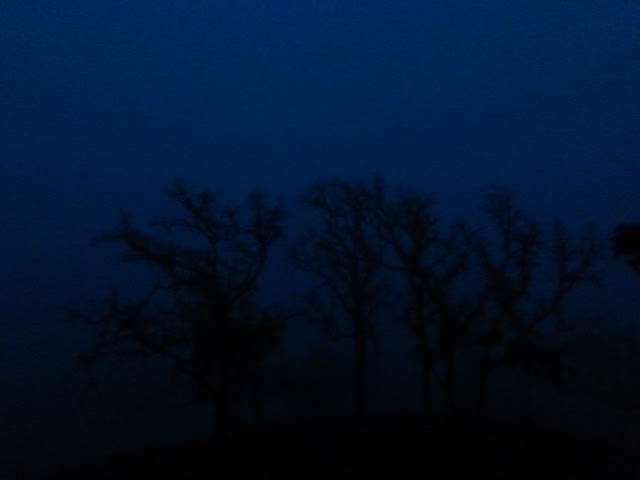 No matter, I'm sure we'll have another opportunity and be ready for the next one.

*SMAP (Soil Moisture Active Passive) satellite is designed to collect global observations of surface soil moisture and it's freeze/thaw state. High resolution space-based measurements of soil moisture and whether the soil is frozen or thawed will give scientists a new capability to observe and predict natural hazards of extreme weather, climate change, floods and droughts, and will help reduce uncertainties in the understanding of Earth's water and carbon cycles.
Vandenberg AFB, 30th Space Wing Public Affairs 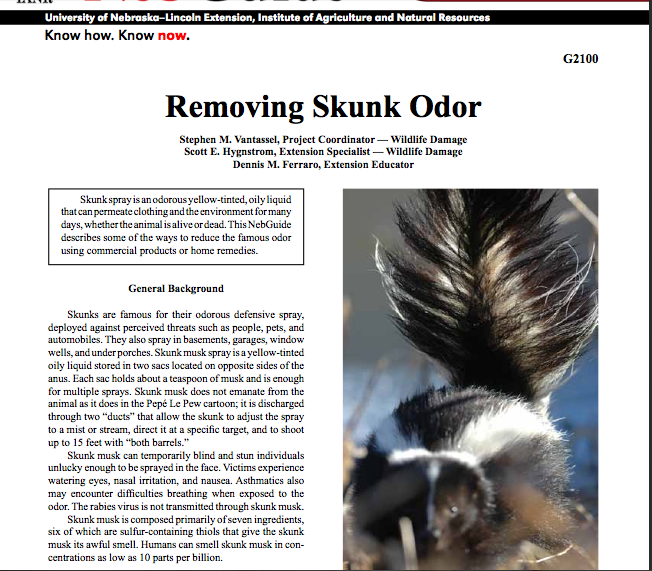 Wednesday night I came home with 6 quart-sized brown bottles of Hydrogen Peroxide. The Man was standing in the garage in old clothes and rubber boots. The dogs were happy to see me but not too happy about being washed down. Especially Mattie. She had gotten away before being rinsed and only showed up when I got home. She was covered in dirt from nose to tail - having rolled around on the ground - after her bath.

We rubbed them down with a dry towel (most of the dirt came off of Mattie.) We brought their dog beds outside, covered the fabric beds with large plastic garbage bags, and settled the dogs down for the night. Needless to say they'll be sleeping in the garage for the foreseeable future.

We've had the misfortune to have gone through this same scenario with Mele last year. It was 10 pm, I was working the next day, and already in bed. The Man came in and stood there looking at me. I looked back.

His reply, "I think Mele got sprayed by a skunk." The skunk's spray so strong and concentrated it initially smells like burning rubber. A direct hit with both barrels.

We went into action: I searched online and came across Chemist Paul's recipe. The Man headed to the 24-hour drugstore and came home with several quarts of Hydrogen Peroxide. He washed Mele down twice that night and it worked well. She was shiny, clean, and clean-smelling. Only the very faintest whiff of skunk every now and again.

There's more steps and fine print when using Chemist Paul's concoction but the formula works because it neutralizes the skunk odor chemically.

Here's another recipe; a pleasant, happier recipe. Did you catch the reference to Prune Mui? Were you wondering what in the heck it was? 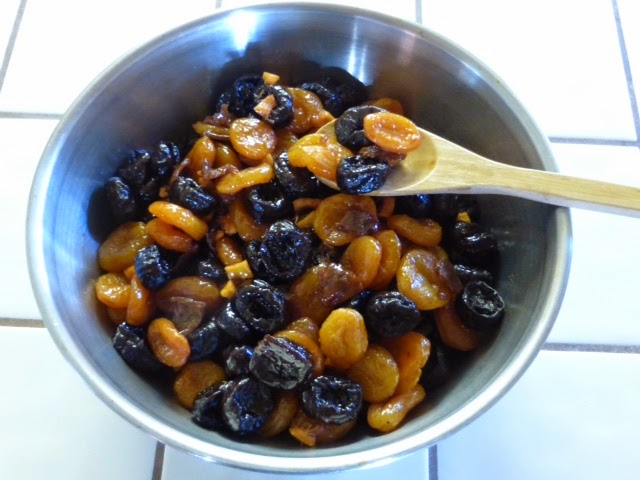 Prune Mui is a lip-smacking, mouth-watering Hawaiian yummy treat. I made my Mixed Mui with ingredients I had on hand which is quite different from recipes you can find online.


I hope you have the opportunity to try one of these recipes but not the other.


When the big tree falls, the goat eats its leaves.   (African proverb) 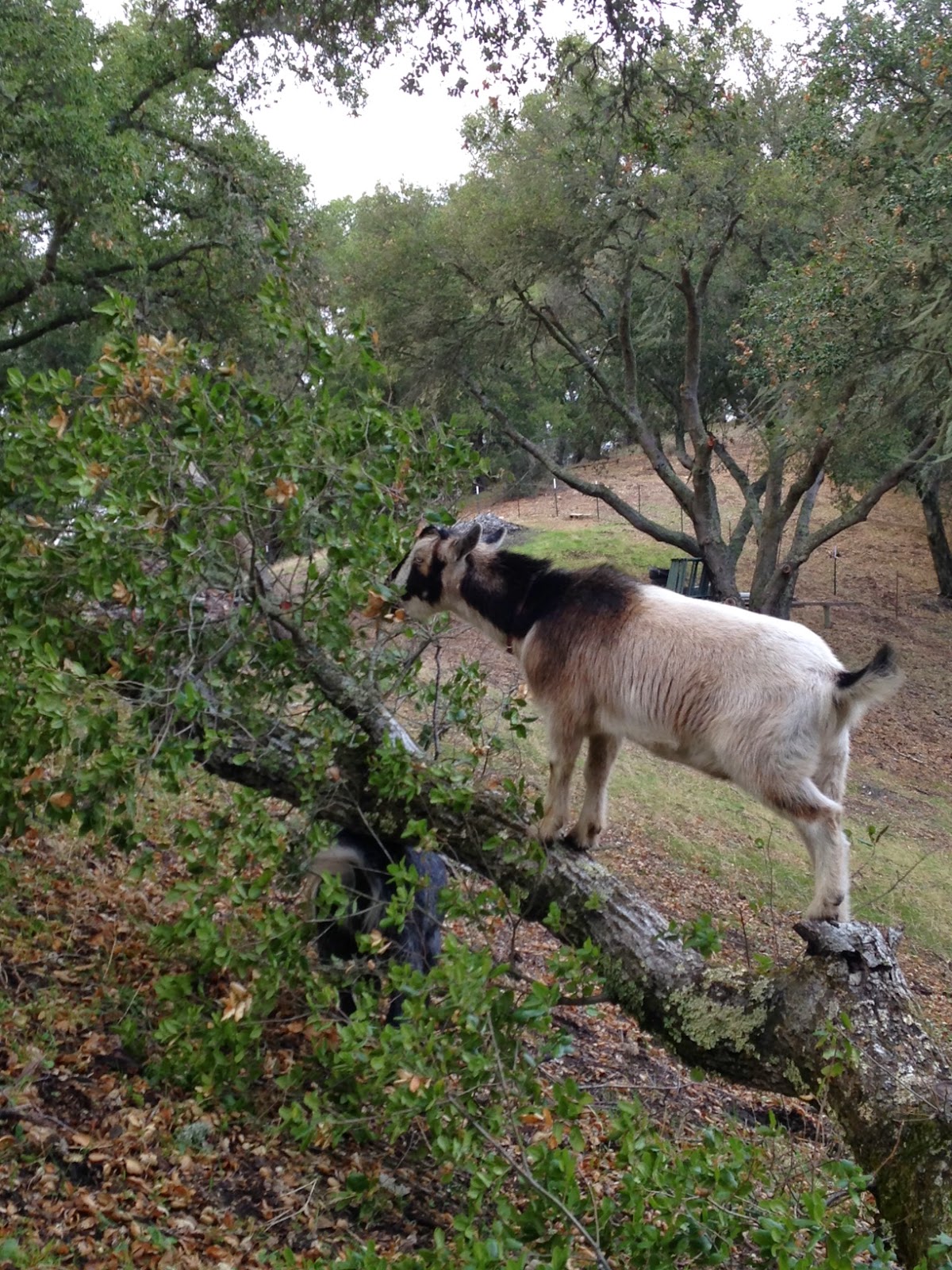 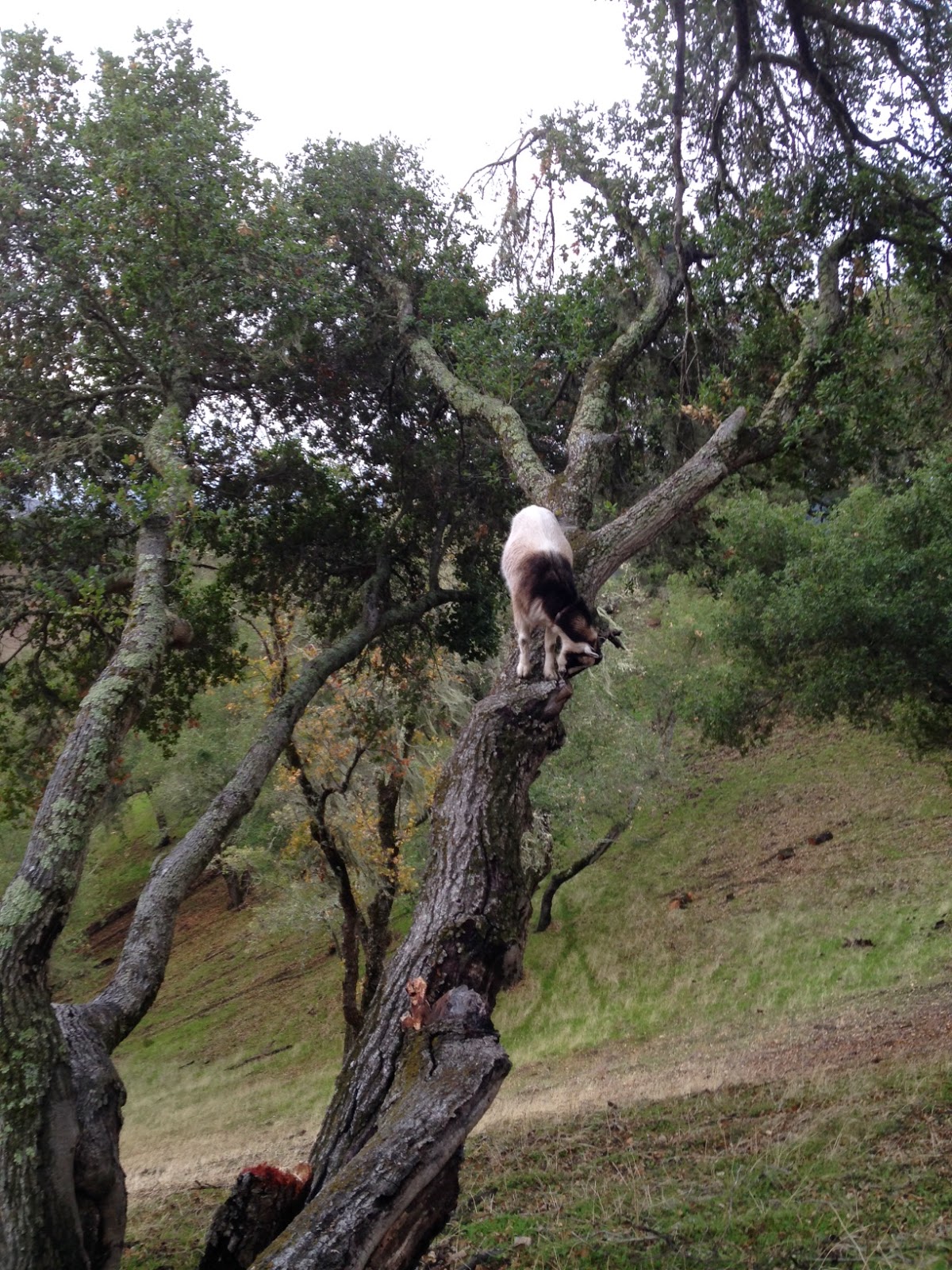 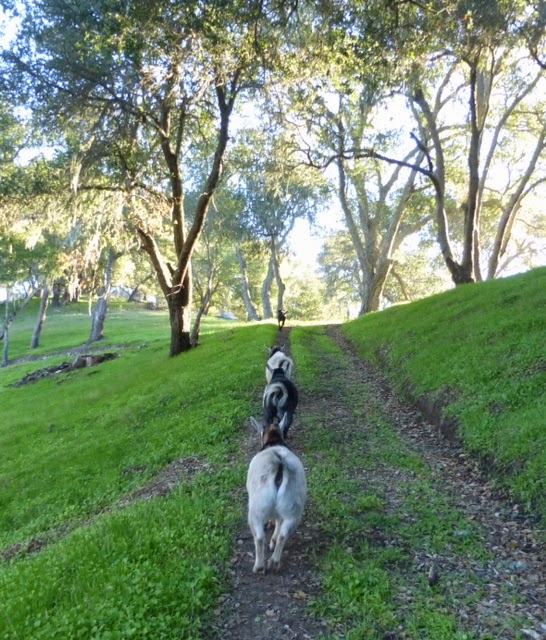 Nobody gathers firewood to roast a thin goat.   (Kenyan proverb) 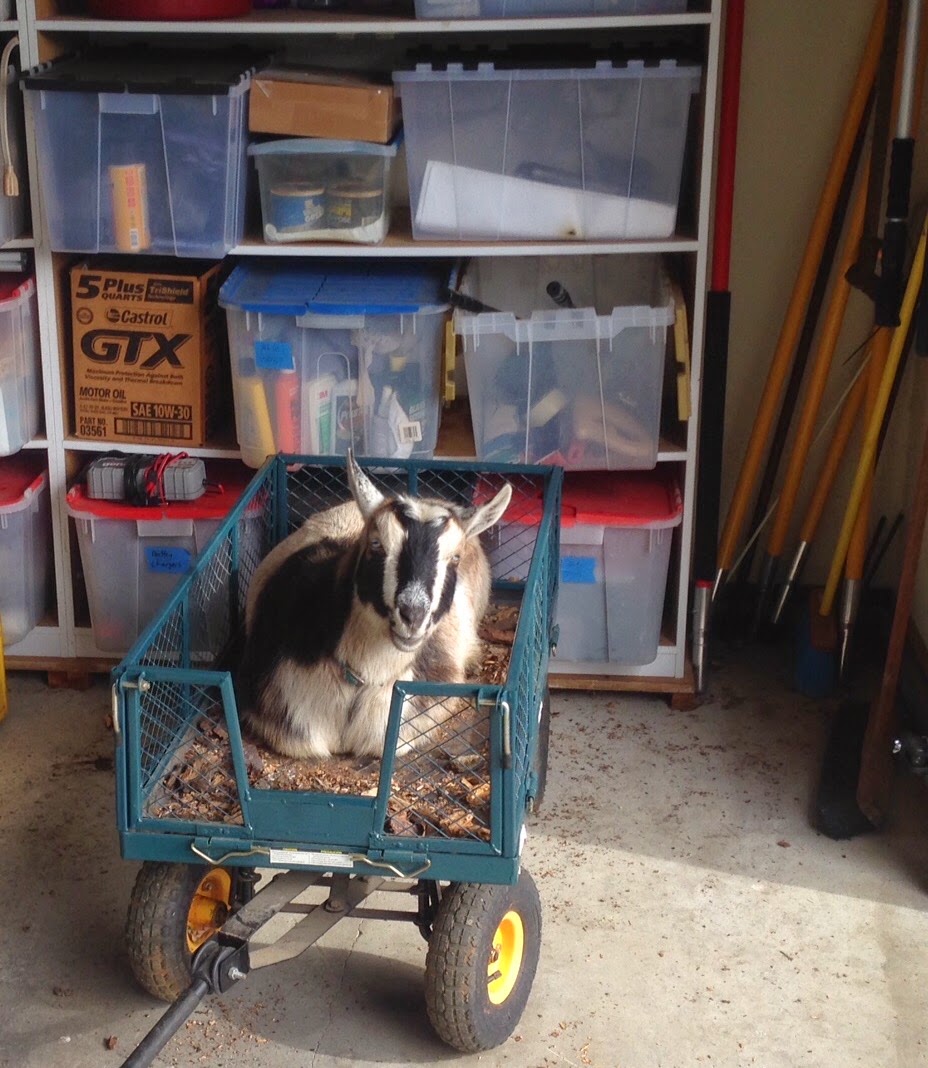 A prudent man does not make the goat his gardener.   (Hungarian proverb) 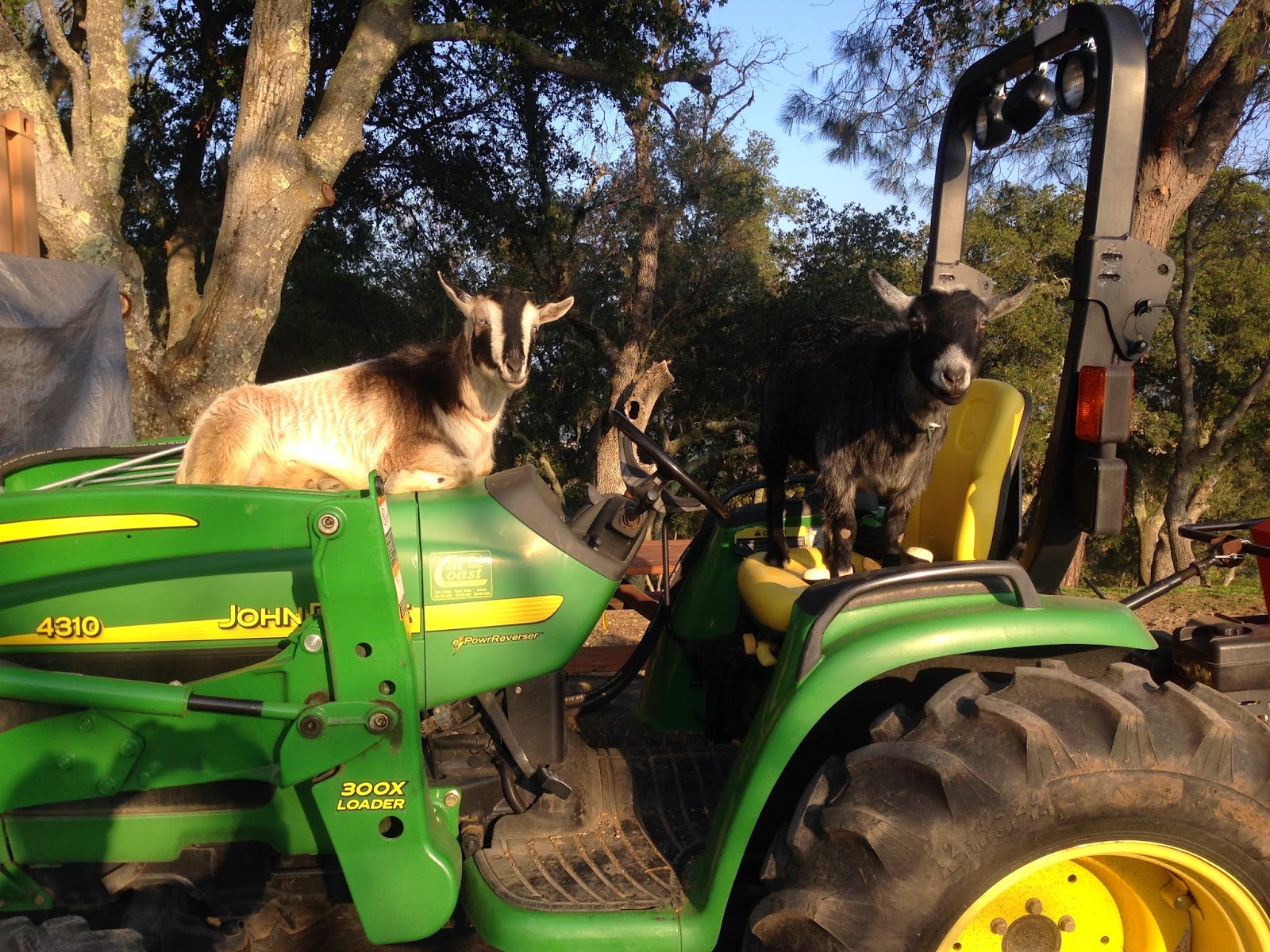 When you see a goat you should always hit him, because he is either going into mischief or coming out of it.   (Irish proverb) 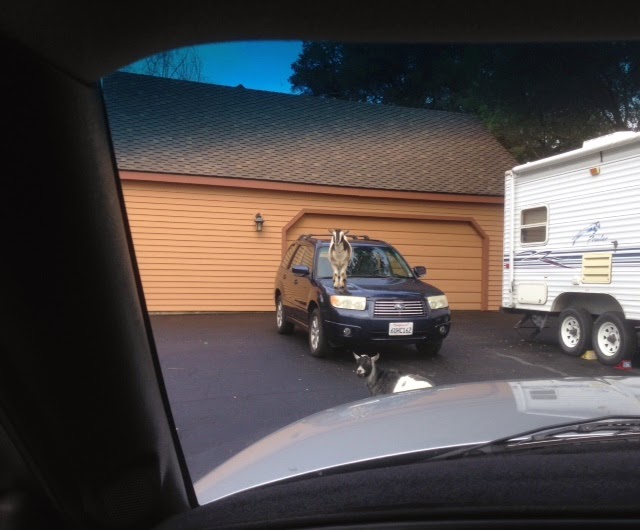 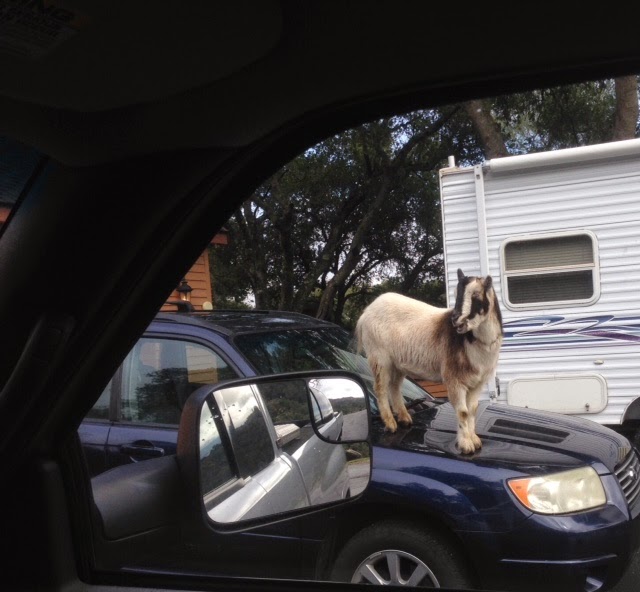 If you're short of trouble, take a goat.   (Finnish proverb) 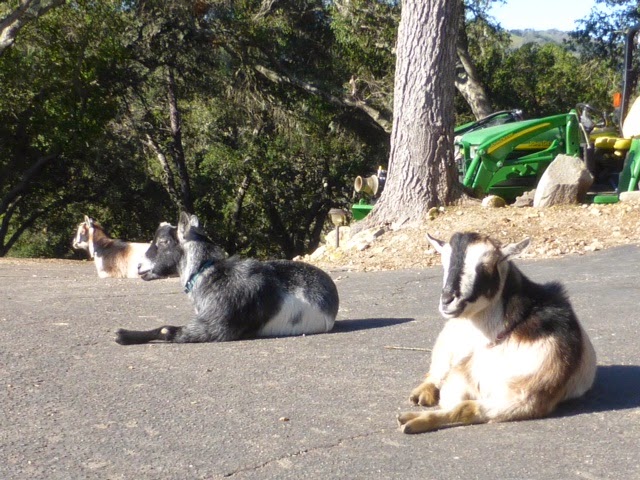 Two days ago we took the long drive south to get up close and personal with a huge pile of burning Christmas trees. We made this same trek last year with Z.; this year our friend Vince came along. But first The Guys had to stop at the Toys for Big Boys' mini-mall - motorcycles and ATVs, guns and ammo. YeeHaw.

By the time The Man and Vince had their fill of all makes of Manliness it was getting darker and we still had another 30 miles to go. When we arrived in Solvang I scanned the evening sky for the telltale plume of smoke, none so far.

We parked the car and walked over to the dirt field next to the Old Santa Inés Mission. The enormous pile of Christmas trees looked bigger than last year's. This was going to be good.

It was nice and dark before the Santa Barbara Fire Department showed up with sirens blaring. The firemen gave a demonstration of lighting up a single pine tree just to show everyone how quickly one tree burns and then they moved onto the Main Event that everyone was waiting for. 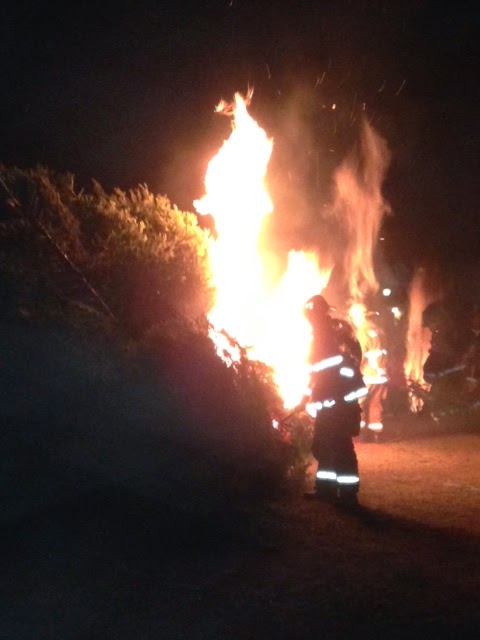 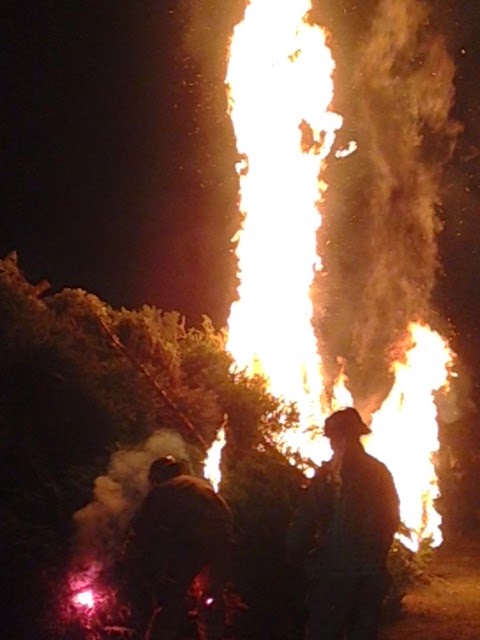 It didn't take much coaxing for the trees to go up in a whoosh of flames. 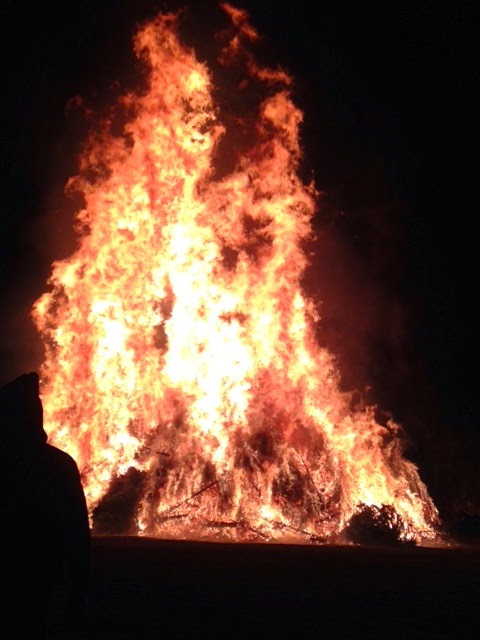 It didn't take much coaxing for the crowd to move back and away from the intense heat. 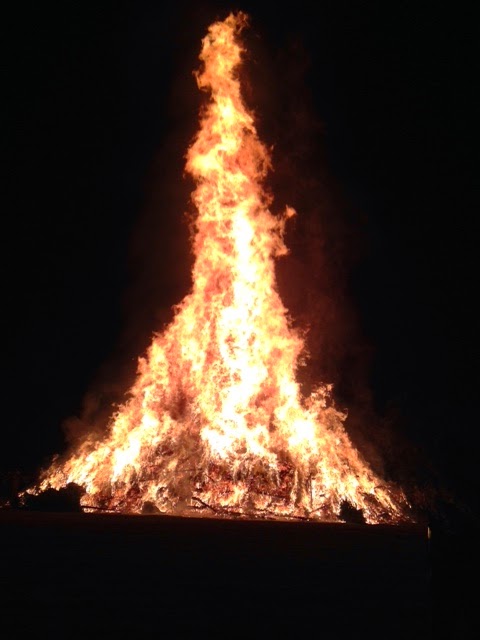 There was hardly any wind to kick up smoke and ash; a perfect night for a bonfire.

As we were leaving a breeze stirred up and moved over the burning pile. Little fire twisters were spawned and set free. It was amazing to watch the whirling smoke and ash as well as a briefly burning flame dancing across the dirt field. 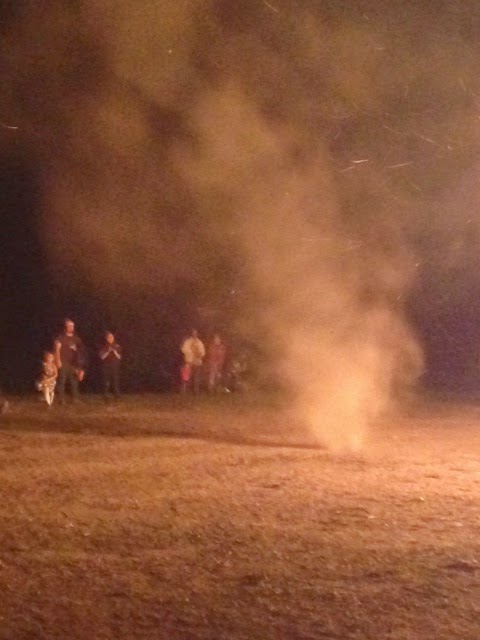 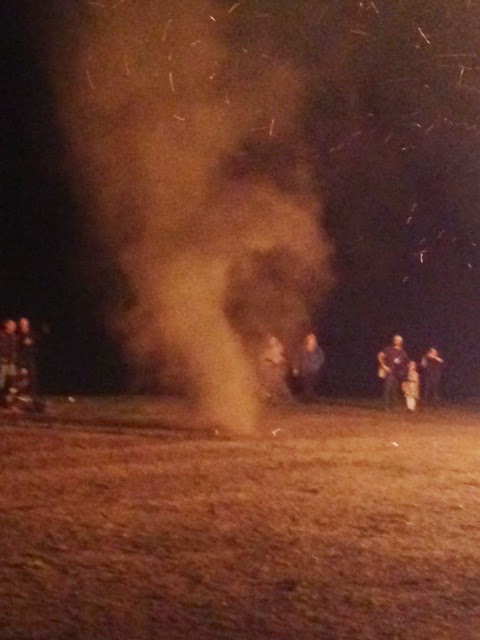 California: Home to Firenado and Sharknado. What a wondrous place to live. 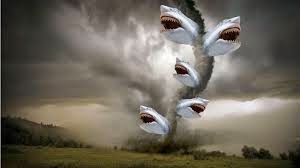 We've had over a week of very chilly weather - freezing every night, even light snow in the eastern mountains. We've been firing up the second wood-burning stove to help heat the house. Luckily, we don't have to use the Big Stove too often but when we do it heats half the downstairs and most of the upstairs to almost 80°.

So last week I finished knitting a hat. Finally. It turned out really nice the second time around, not so much the first time.

As a result, I learned several things while knitting this hat: MAKE A GAUGE SWATCH FIRST. Basic info for any knitter or crocheter. I didn't. It was after all "just a hat". Well, this hat knitted on the suggested needle size would probably have fit a basketball-sized head. I should know, I have a football-shaped head (really, no kidding) so I wear biggish hats; if it fits me it will fit just about anyone. The size I knitted seemed to be an XXXL.

The pattern instructions has a suggested needle size but also reads, "or size needed for accurate gauge". Pshaw, most of my hat patterns say that and my finished hats usually turn out just fine. Well, okay, most of the time they fit.

I had a strong urge to hide this huge unwearable hat in my closet and not deal with it anymore but the Madelinetosh yarn was too special to languish so I took a deep breath and started reknitting Hat No. 2 directly from Hat No. 1. I switched out my US 7 knitting needles, went down 3 needles sizes, and started reknitting with size US 4. (Psst, I still didn't make a gauge swatch I just crossed my fingers and started knitting again.)


It took me two days to make Hat No. 1 so I figured it would go quicker the second time around.

For some reason it took twice as long to complete. I think it has to do with the second thing I learned: BEWARE OF OVER-TWISTED YARN. It happened every once in a while but I never paid it much mind. I thought it was the yarn's fault not something I was doing. It turns out I've been creating over-twisted yarn. I learned that my mistake was in knitting from the center-pull end instead of the end from the outside of the yarn cake. And, yes, it probably didn't help that I was knitting the already over-twisted yarn twice.

So this is what I had to do. Every 20 stitches or so I had to stop knitting, dangle the work, and let the yarn untwist itself. Yes. Crazy. I know.


The third thing I learned was how lucky we are to live in a time when you can learn anything from the comfort of your own home. I'm more of a visual learner when it comes to knitting and I've found KnittingHelp.com and You-Tube videos to be valuable resources. You know, when you read the instructions over and over and still say, "Huh? What?"

Don't believe me? Here's an example, "Decrease 5. Slip 3 sts with yarn in back. *Pass 2nd st on right needle over the 1st (center st). Slip the center st back to left needle and pass the 2nd st on left needle over it. Slip the center st back to right needle again and rep from * once more. Pick up yarn and knit center st tbl." Lucky me, I found a video tutorial on You-Tube to do this decrease.


Despite all my misadventures knitting the Oak Trail Hat*, it turned out beautifully.


I've already started knitting another hat called Barley.  Not sure if it's my imagination but it seems a little small . . . .

*Hats off to Alana Dakos, of Never Not Knitting, for the ingenious construction and beautifully designed Oak Trail Hat (Botanical Knits). All errors in knitting this amazing hat are mine alone.