Rainbows: Here, There, and Everywhere 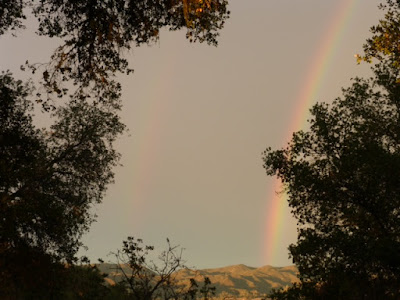 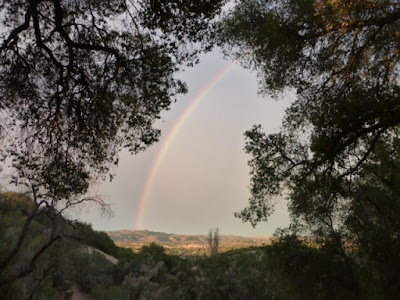 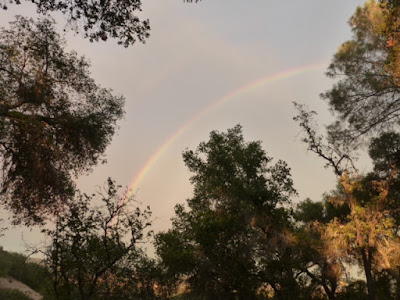 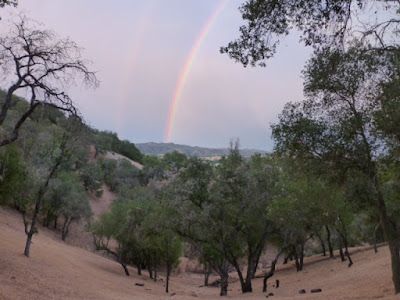 A Too Wild Life

Today is the first day of summer and the wildlife abounds. It's with an effort that I keep the bird feeders, bird baths, and water pails filled for the pawed, winged, and hoofed ones.

The ground squirrels, destructive little diggers, play Dodge-the-car as we drive along our rural roads. At the end of the workday, in the early evenings, the crack of gunfire resounds as the neighbor men begin their critter clearing chores.

A couple of weeks ago I watched Mattie catch and kill a ground squirrel, on our driveway, in front of me. It was sudden and quick, the surprise never left my face, nor that of the ground squirrel's.


A few days later The Man came into the house after putting the animals in the pen. I had just gotten home from work. It was already dark.

The Man said the dogs spotted a doe on the property and took off running. The doe easily jumped over the fence. Unfortunately she had babies, two of them. One got over the fence after Mama but the other one ran parallel to the fence and kept bumping into the fence. The Man yelled for the dogs and Mele came to him. Not so for Mattie. She continued to chase the fawn.

I asked if Mama Doe tried to help. I've seen Mele chase a fawn and also witnessed Mama Doe running after them, inserting herself between Mele and her fawn, diverting the dog's attention. The Man shrugged, "Maybe that's why they have two babies." The trapped fawn was on it's own.

Here's the thing about a scared fawn. Their frightened cry is a scream. A loud shrieking scream. I kid you not. It sounds like a woman being mishandled, badly. I kid you not.

So: It's almost too dark to see. The Man is trying to get down the hill into the field as fast as he can without breaking a leg in a hidden hole (curse you ground squirrels). He's yelling. The dog is barking. The fawn is screaming.

And then Mattie catches the fawn. When The Man reaches them, Mattie is standing on top of the fawn and it's not moving. She relinquishes her prey and walks away when Alpha Dog arrives.

The Man checks the fawn and sees a small bloody scratch on the fawn's face. No other blood. He explains, "I think it was exhausted." He picks it up and carries it to the fence line and halfway there it starts to squirm and get it's strength back. He gets it over the fence and it bounces away.


About this time our neighbor, Matt, walks up the little road that separates our property and says, "Hey, guy, what's going on?"

The following day another neighbor said she and her friend heard the commotion while sitting outside enjoying the quiet evening. They debated whether to call 911. But, I guess, being the mother of three teenagers she's not easily alarmed by yelling and blood-curdling screams. Even if it is coming from our usually sedate homestead.

And what was I doing while all this was going on?

Well, since I had just come home from work I was catching up on a rebroadcast of the NBC Nightly News on my iPad (in our, apparently, soundproof home) unbeknownst that all the while the real drama was happening right outside the door.

Tuesday morning
Yesterday our home thermometer read a high of 100°, Paso Robles hit 105° - hot - but it didn't break the record of last year's 106°. I was fortunate to be at work in A/C Wonderland.

Today, it's another story entirely. We're experiencing the remnants of Hurricane Blanca moving north from Baja. Right now it's overcast and breezy and we have a possibility of -gasp- rain. Not a heck of a lot expected but we welcome any bits of moisture to help stave off the hot dry weather of summer and wildfire season. 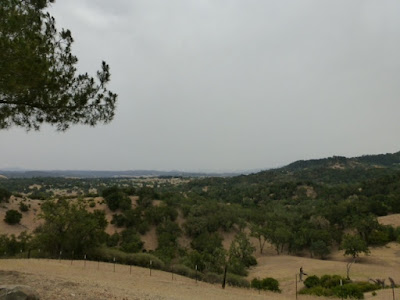 The sky was getting darker as I walked down to the pen. I noticed the Boys lowering their heads and the Ladies ruffling their feathers. I wasn't imagining things, I could feel rain sprinkles and so could they. I lifted my arm to The Man and shouted, "Rain drops!" He looked up from what he was doing - didn't see any cold drinks or yummy goodness in my hands - and went back to working on the tractor.

I took out the rain gauge from the garden shed (wiped off the cobwebs) and stuck it in the middle of the front yard. You know, wishful thinking.

I hope it's another good sign but I just saw Molly head into the shelter of her pet igloo.


Today
Santa Barbara county and the eastern hills and valleys of the Central Coast received measurable rain as well as lingering thunderstorms with some flooding. For us, nada. Well, it sprinkled, or I should say we got a few drops of rain (count 'em). 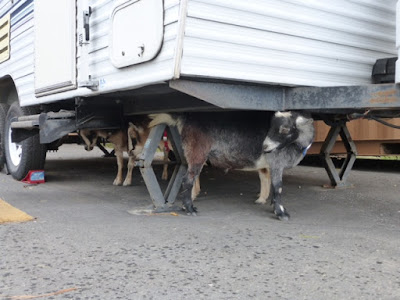 Lately, I've been having trouble selecting a topic to write about. It's not because I don't have anything to say, au contraire, it's because I'm easily distracted and have trouble staying on topic and selecting a single story. As in, "Blahblahblah, Oh, look a pretty bird, blahblah, Oh, a squirrel!" Get the picture?

I've started many stories and they all get saved and end up in my draft box. So please allow me to get rid of a few wayward words and pictures and declutter the snippets of stories in my head. Thanks Y'all.

Knitting can be hazardous to your health ~

I've knit two pairs of socks in the last couple of days. Well, actually, I haven't finished anything but I have knit and unknit and knit and unknit enough times that it should amount to knitting four individual socks. I should get some kind of credit for all the tinking and frogging I've done. (Tink is knit spelled backwards; a frog says "Rip it, Rip it" - both means to unknit either a little or a lot.)

By the way, I've worked on these sad socks off and on for a couple of years. And at this point in time, they're not very inspiring so I'm going to put them away and maybe I'll take them out again next year. Stay tuned. . . . 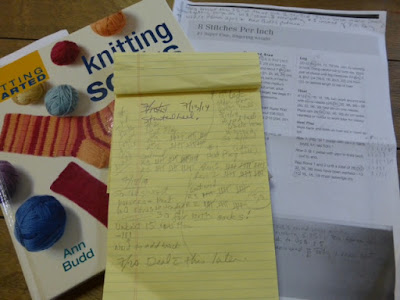 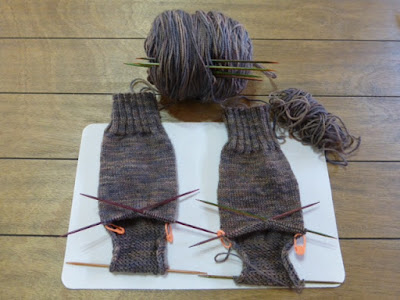 I've been doing a lot of knitting lately. So much so that my inner arm aches, as in ulnar irritation. Okay, so I diagnosed myself, but, hey, it's not like I do manual labor, or lift weights, or even exercise for that matter so it's gotta be the knitting.

Unfortunately I have nothing to show for all that knitting because I've been doing an equal amount of unknitting.

I relayed my multiple tales of knitting woe to The Man. He had to humor me and listen - it was my birthday afterall. Besides I'm pretty sure he could still hear me even though he had pulled the flannel sheet over his head.

His muffled advice from under the covers, "Maybe you're not focusing."

Me: I think the yarn is cursed, I'm blaming it on the neon color.