Oddly enough when I woke up this morning Card-Making was the furthest thing from my mind. In fact, I had thought my day would include scrubbing the bathtub, laundry, and other fun chores. Woohoo 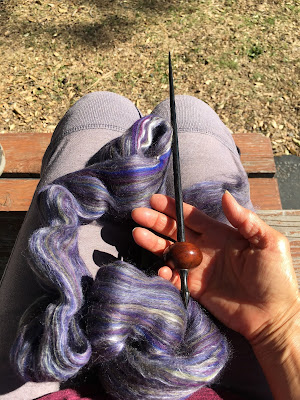 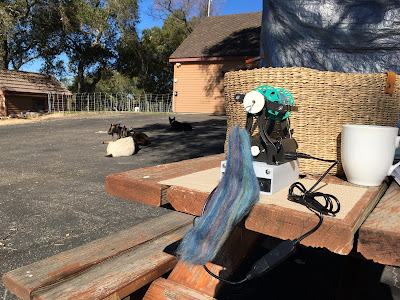 Tuesday was spent knitting on a pair of socks - I turned both heels and now it's just a straight shot to the toes. Lucky me.

This week I've been able to craft all the things because The Man is on a camping/fishing trip. 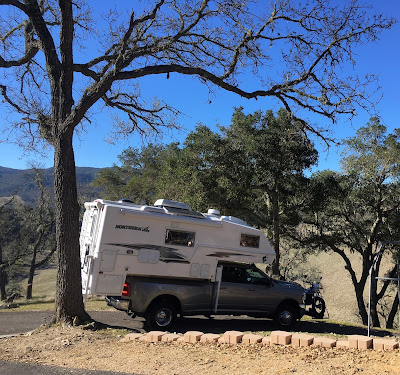 When we saw The Man disappear down the driveway Zeke, Jack, Boots, and I danced our "Home Alone Happy Dance". 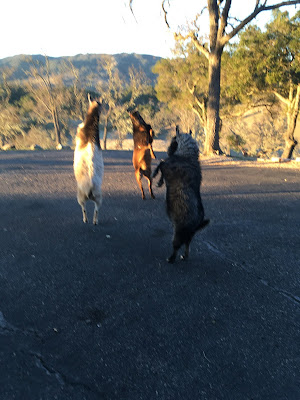 So, anyway, back to card making. In between the crafting projects I also spent a goodly amount of time (as one does) on Etsy looking at stationary and handmade cards; I especially liked the embossed cards.

So this morning while I was on the computer I entered "DIY embossed cards" and found a simple tutorial. Fortunately we have white Card Stock (110#). After cutting a sheet of paper in half, I was back at the computer to google, "how to make a torn paper edge (deckle)".

I gave it a try and it was amazingly simple and satisfying.

For the second sheet I took pics.

First I folded the paper in half lengthwise. This is where the card will fold in half. 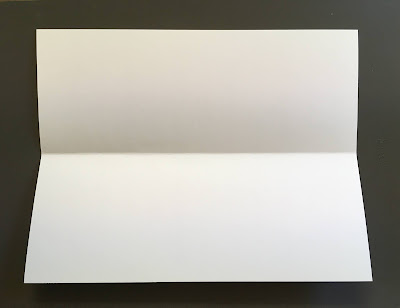 Using the back of a knife I scored the length of the long edge. 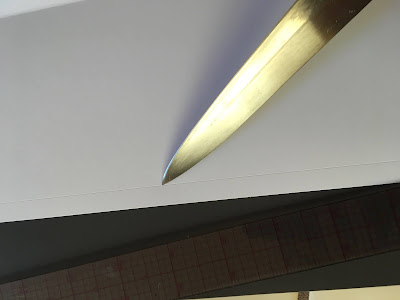 Next I painted water on both sides of the paper along the scored line. When it looked soaked through I carefully pulled the edge off. It magically tore away on the scored line. 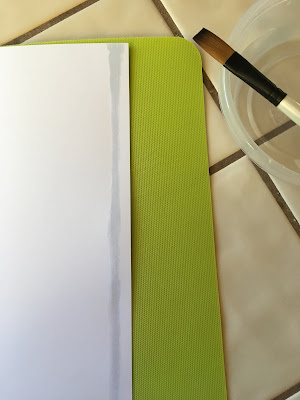 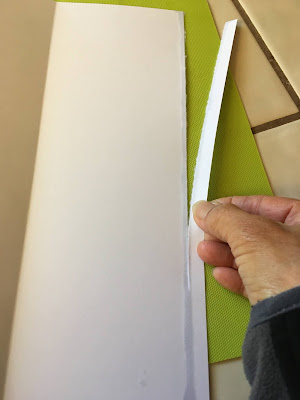 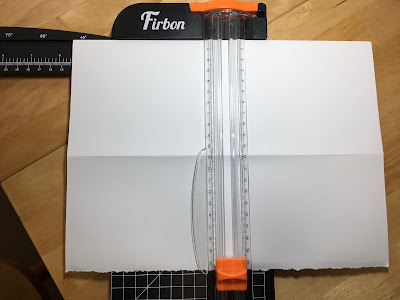 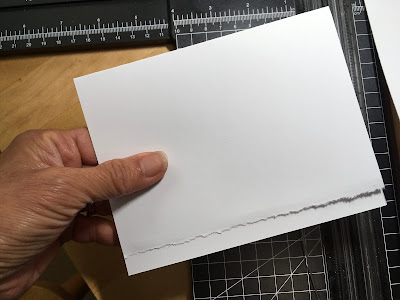 Next up, DIY Embossed Cards here's the link to the tutorial again.

I made a stencil/template which is fancy talk for cutting a square out of a greeting card. Yes, I know it sounds simple enough but I'm terrible with a sharp blade and I especially lack Xacto knife skills. 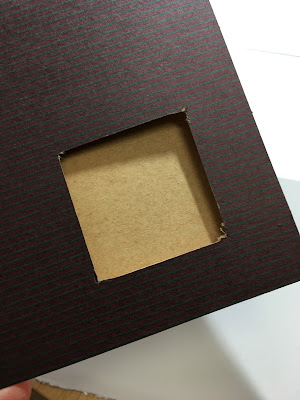 Using the window as a lightbox I traced the inside edge of the square with a big fat wooden knitting needle. 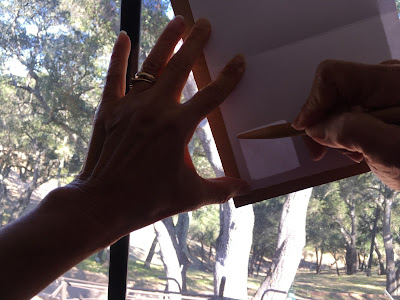 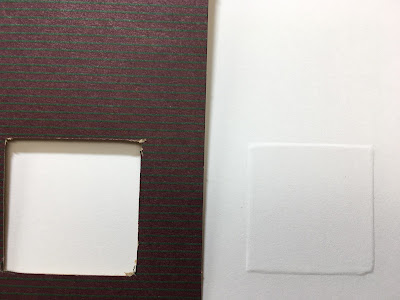 The word "stencil" tickled a memory and in the kitchen drawer I found a package of baking stencils. I put the Xacto knife back in The Man's desk drawer. phew 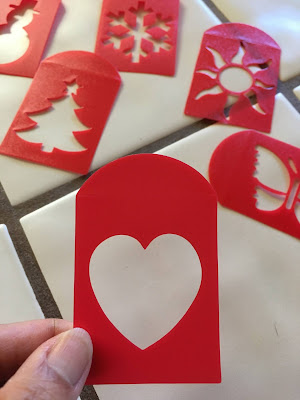 I positioned the stencil on the front side of the card, you know, the public side. 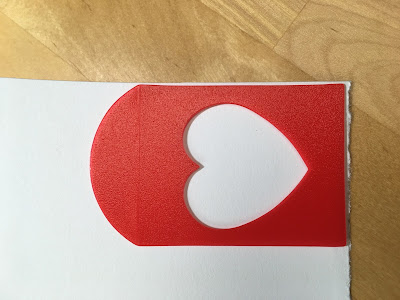 The stencil is under the paper and you're working on the inside of the card. This time I outlined the heart with a wooden crochet hook. See the multi-crafting theme here? 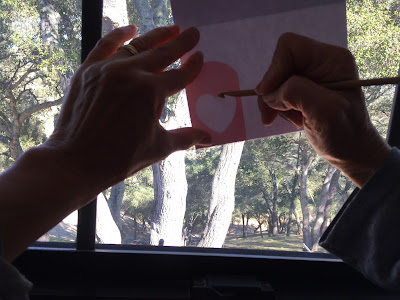 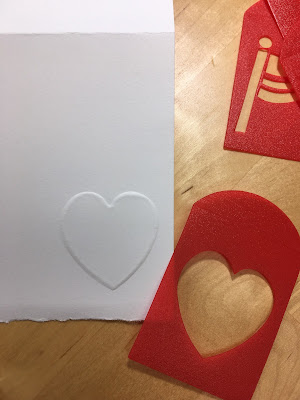 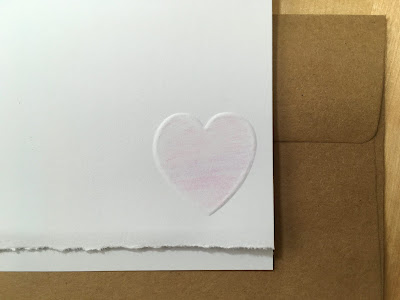 Psst, I'll be doing housework tomorrow. In addition to the chores on my To-Do list I'll have to corral the craft projects scattered throughout the house. Really.

An unexpected sequela of last week's storm was a very sick goat. 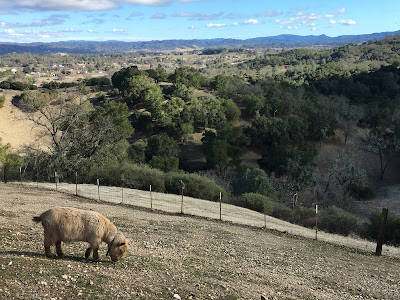 I first became aware that something was wrong when Mama the goat refused her special treats. Every afternoon she receives a teaspoon of powdered apple-flavored aspirin mixed with kitchen scraps. Usually she's waiting by the garage door to receive her "special treats".

It was very unusual for her to turn up her nose to the apple core, lettuce, and kiwi peelings. Perplexed I made another batch of ASA with bits of bread and COB (goaty granola), she sniffed it and turned away. Next I tried a couple of peanuts, she mouthed it, dropped it, and walked away.

Here's the thing about Mama, as The Man likes to say, "She's a tough old goat".  She suffers from arthritis and has been receiving daily aspirin which seems to help. The warmer months are easier for her and every winter we think it'll be her last but every morning she's standing and waiting to be let out of her house. On colder mornings, it takes her awhile but Mama eventually makes her way out of the pen to find some breakfast.

For Mama to refuse food something was wrong. Her thick winter coat covered her abdomen but when I placed my hands through her fur I noticed quickly there were no bowel sounds. I could not feel or hear any gurgling and her belly felt tight as a drum.

As I gently palpated Mama's belly, she didn't move away as she normally would but instead stood with her head hanging low and I could hear her grinding her teeth. It's a terrible sound, it's the sound of pain.

I thought of the stormy winds that had swept through the oak trees and then covered the property with fresh green oak leaves and wet oak moss.  I thought of the way the goats looked with green beards as they dined on the lush lichen.

We have experienced this sudden and dangerous condition before - goat bloat.

I started to rub and pat Mama's abdomen, concentrating mostly over her left side, her rumen. The Man came by and he helped me administer 5 ml of Goat Probiotic. We bedded her down in the garage, it was warmer and we didn't think she could walk the distance to the pen.

The next morning she was standing by the door to be let out. She left the garage and headed to the dog house. There were only a couple of goat poops in the garage, not nearly enough.

Mama stayed in the dog house all day. It was large enough for both of us as I sat with her and massaged and thumped on her with cupped hands. We gave her more Probiotic and 1/4 cup Canola Oil (orally with a syringe) to help break up the froth and release the bubbles. She drank water but did not eat anything and spent another night in the garage.

The next day she seemed better. She had started pooping again, her abdomen was softer, and less distended. Most noticeably she had stopped grinding her teeth. One more Probiotic dose and an occasional pat and rub when I could catch up to her. 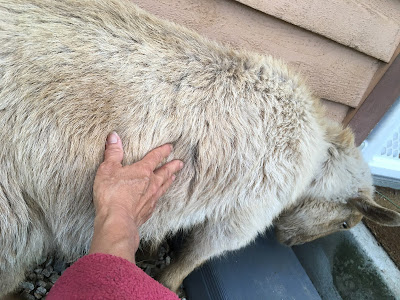 By the fourth day Mama was back to normal - chewing her cud, eating, burping, and pooping - her usual goaty self. 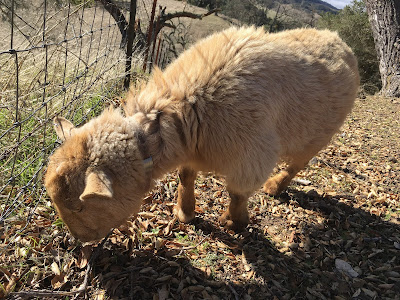 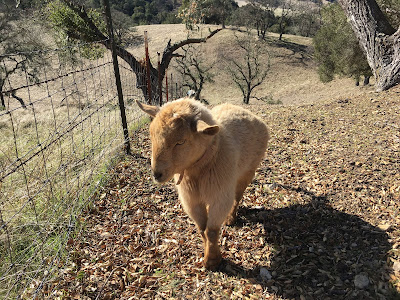 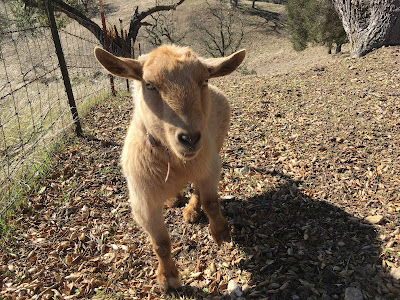