How do they do it?

On Sunday, The Man and I went to the I Madonnari Italian Street Painting Festival at the SLO Mission Plaza.  It was their 21st anniversary and benefited the Children's Creative Project of SLO County.  (Santa Barbara has a sister festival held at the Santa Barbara Mission over Memorial Day weekend.)

The paintings are made with chalk.  It's amazing and transient.  There was one painting with writing on the lower half stating the city of SLO forgot to turn off the sprinklers and had washed away that portion of the painting.

Only a few people were still working on their artwork including a couple of boys copying a 1980's Star Wars "Empire Strikes Back" VCR box.  They were covered head to toe in chalk.  Perhaps if we go next year it might be fun to see the paintings in progress on Saturday and then the finished work on Sunday.

Pictures were taken by The Man: 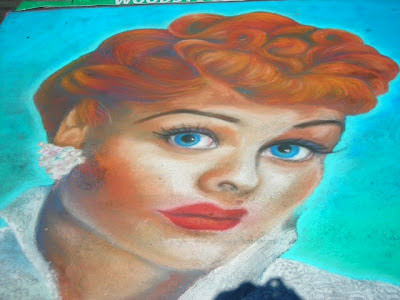 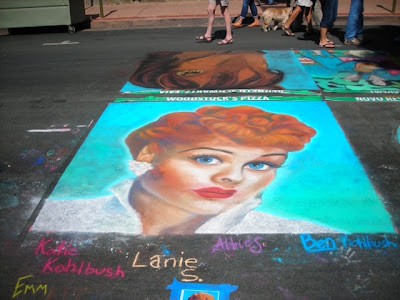 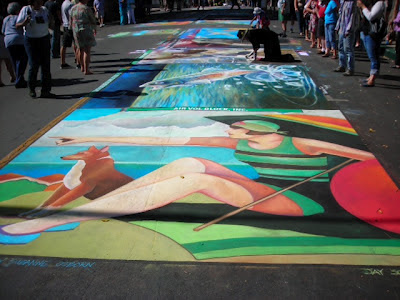 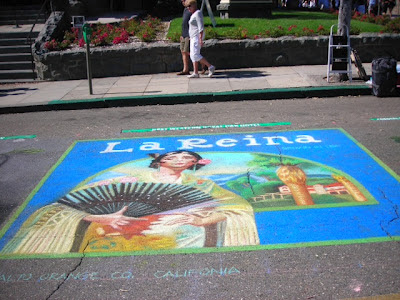 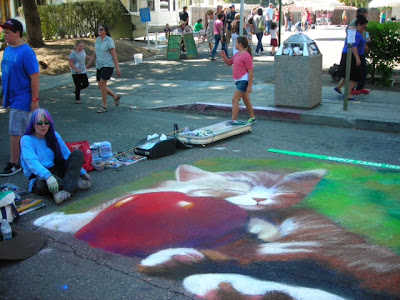 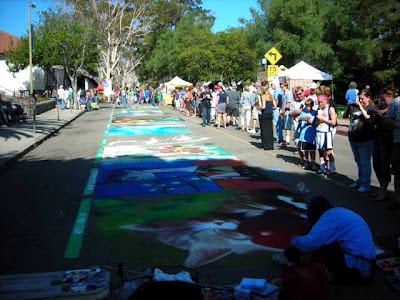 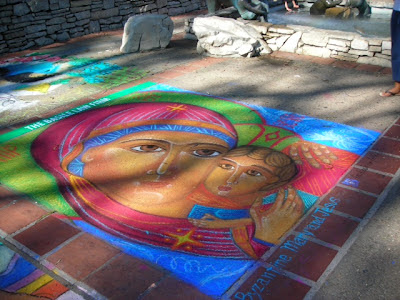 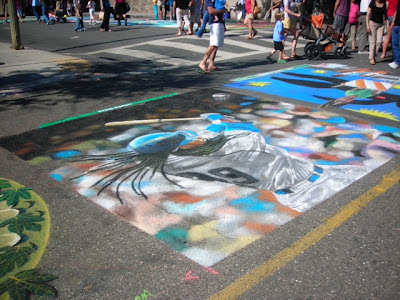 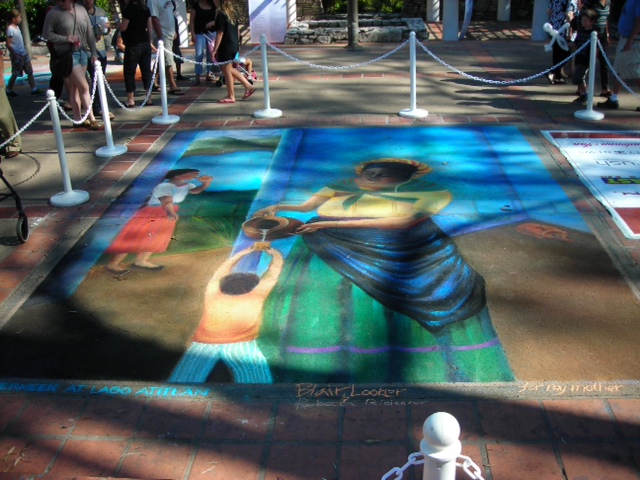