Over the past month our household has seen several changes.

Our good neighbors, Matt and Karin, were relocated for work to Wyoming and were unable to bring their two goats. I held out, "No, no, absolutely not," till the very last moment - which was when The Man came walking up the driveway with Matt's blonde goat on a leash. In the end the temporary arrangement of housing them for a few days became a more permanent adoption.

The two females, Legs and Babe, are Pygmy goats (Matt calls them "Yoda goats"). Legs (one of her back legs doesn't bend) is blonde-colored so I tried calling her Buttercup but the name did not fit her bulldog personality, now she's called Mama Legs and the dark-colored goat is Baby Boots. 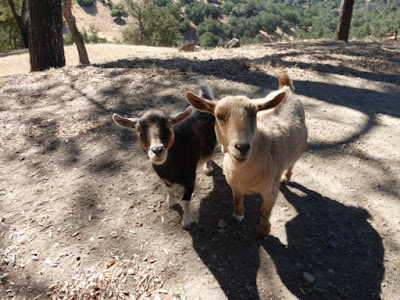 Mama Legs has the biggest head out of all the goats and has butted her way to the top of the herd. 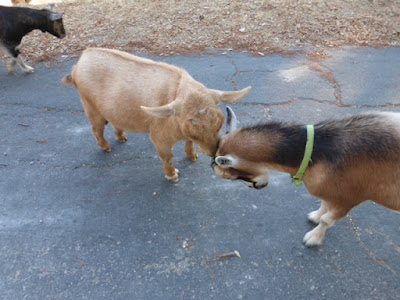 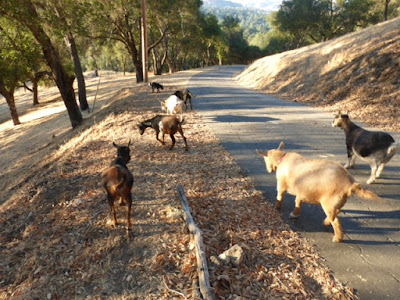 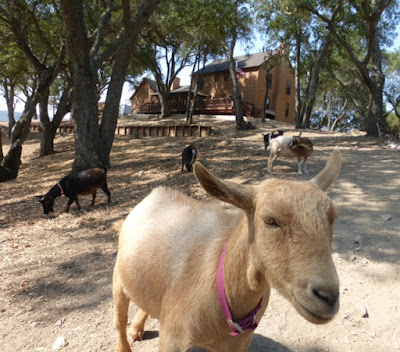 Then a few weeks ago we adopted Sandee's chickens.


Currently the pen has two coops and two goat houses. The new chickens are in their own coop with run and they're housed directly across from the new goats' kennel/goat house. 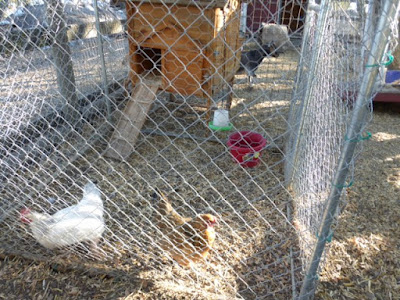 It was time for The Man to get his long-awaited, much-anticipated, Shop/Barn/Shed/Man cave. Although it's still a work in progress, it is a beauty. 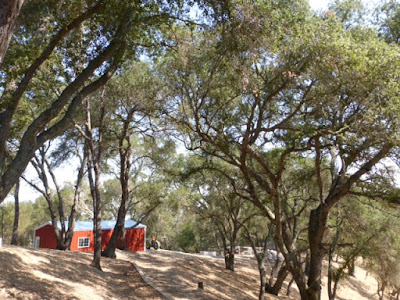 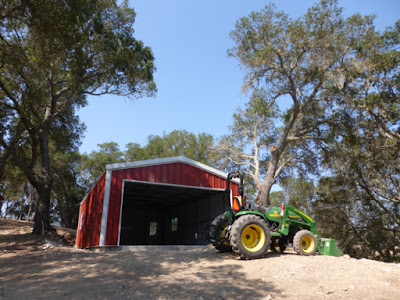 And, sadly, last week, we said goodbye to Baby, the red hen. She was a very good girl.