The Man has been hard at work trimming weeds that have flourished from the winter and spring rains. We've got nearly seven acres - that's a whole lot of weed whacking.

Several times over the past few weeks he's had a quail explode out of the tall grass directly in front of him. Upon closer inspection he's come to realize that it's a defensive maneuver by Mama Quail.


As a safeguard The Man has marked each found nest with a little orange flag. 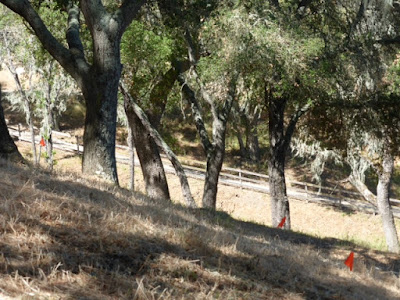 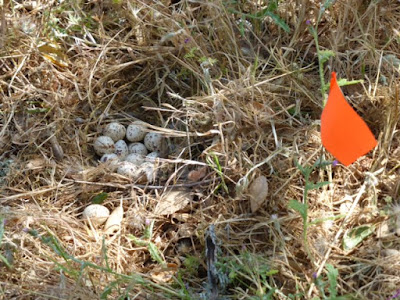 Tread softly
because you tread on my dreams.
W. B. Yeats