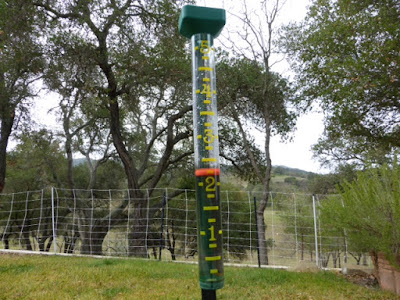 It's raining - not too much, not too quick, not too often; the light rain has been able to soften the drought-hardened ground - no runoff, no flooding, no landslides.

Last Summer's fire along the Cuesta Grade created a landslide concern because of the steep denuded slope so close to the highway.


The gentle showers and sunshine have helped to green up the charred hillside and lessen the landslide risk as the new growth takes hold. Phew, I was not looking forward to driving home along that stretch of road on a dark and stormy night.

We've had a few nights of thunder and lightning. (The dogs have been pretty good about waking us up to let us know.) And one brief, but exciting, teeny-tiny-sized hail shower. 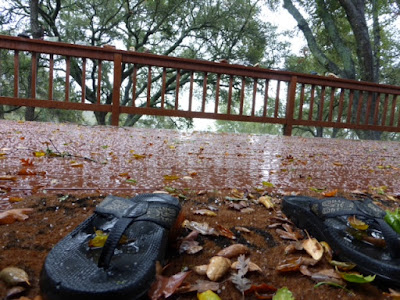 As in years past, the doghouse is still the most coveted shelter from the rain. 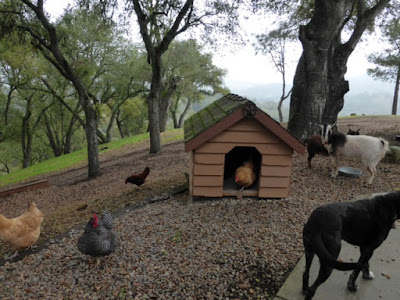 Unfortunately, Zeke and Bitsy don't invite Jack into their cozy hideaway. So baby Jack usually follows the chickens to take cover under the deck or takes shelter in the now-too-small-for-him cat carrier we put out for him.

The other day though, we spotted Jack leaning against the garage door, standing in the falling rain. Talk about a sad sight! The Man brought him in the garage, I toweled him off, and he spent the rest of the day inside the garage.

Poor Jack, he needed his own shelter from the rain.

Lucky Jack, he got it. 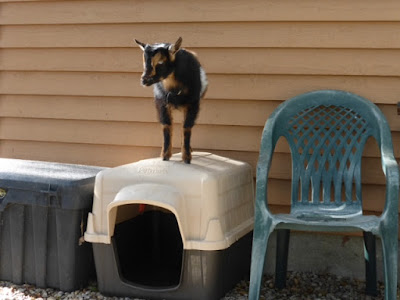 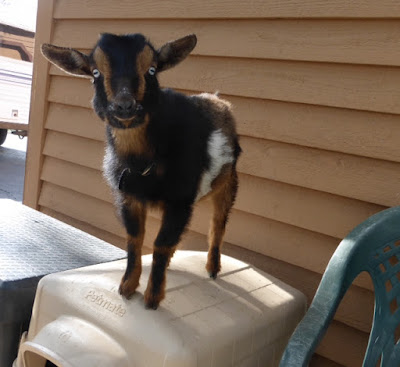