Last Sunday evening, per usual, we were sitting outside overlooking the Vista. Overhead a Cal Fire plane flew over us. Then another right behind it. We checked the Cal Fire SLO website, and sure enough, a fire had just started on the Cuesta Grade.

Fire Investigators believe one vehicle heading north on Hwy 101 started multiple fires along a 125-mile route. The first fire was reported near Buellton at 4:30pm, then three fires along the Cuesta Grade at 6:15 pm, and then Cholame, not too much later. In our drought-stricken area, a vehicle dragging a metal chain - creating sparks - can cause disastrous results.

Over the next few days the fire threatened the small town of Santa Margarita. The town is less than 8 miles from our home; we're separated by undeveloped ranch land and the four lanes of Hwy 101. 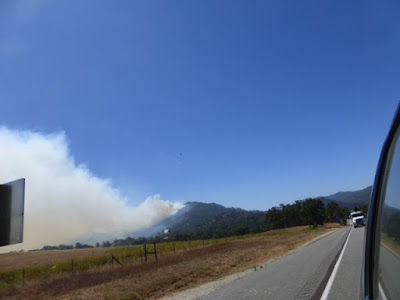 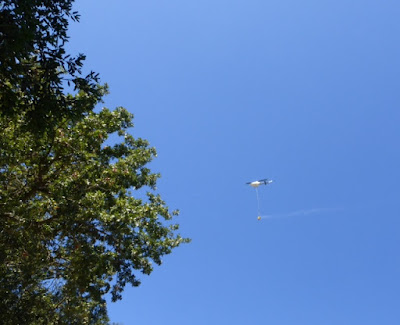 We hoped for the best but prepared for the worst and went through our evacuation checklist. The goat crate was loaded and ready to be occupied. 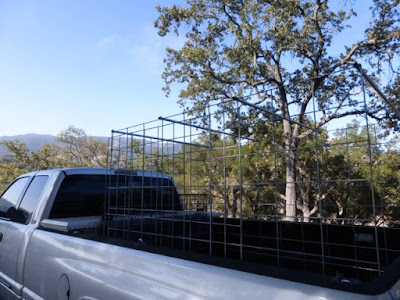 After a few days, the weather turned mild, the cool nights and the marine layer (fog) helped the fire fighters gain the upper hand. We breathed a sigh of relief.

Yesterday morning as I prepared to write this post The Man came in to tell me that Duke and Wyatt had been killed. Zeke was unharmed.

The brothers were killed during the night while they slept.

Our windows were open. The dogs didn't bark. No one heard a thing.

Two of our neighbors came by and agreed that the predator was probably a mountain lion. They saw the arrangement of our pen, the height of our fencing, and the electrified "hot" wire, and did not think coyotes could have climbed into the pen. Later, we found the mountain lion's tracks.

Last night, The Girls and Zeke slept in the garage with Mele. 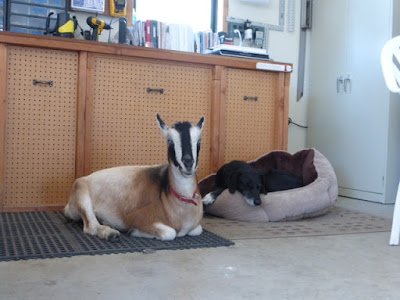 Today we buried Duke and Wyatt.

We're hoping this week will be a better one.