Remember the story about our camping trip to the Sierra Nevada Mountains during the Total Solar Eclipse? One of the campgrounds we stayed at was called Fence Creek Campground. Remember? That first night it was just us, the National Forest Service firefighters, and a couple in a tent. The next day the couple left and it was just us and the firefighters.

And remember I learned to spin wool into yarn on my drop spindle? Remember? 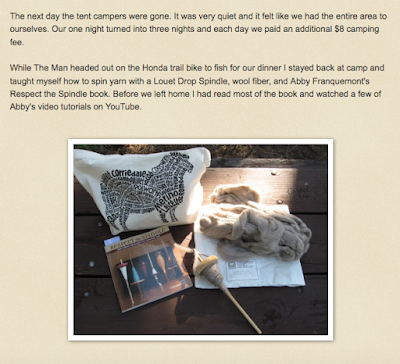 Well, two weeks after that trip The Man headed back to the Sierra's for a solo camping trip and during his explorations he met a nice couple camping in a tent. Come to find out it was the same couple that had stayed at Fence Creek CG. 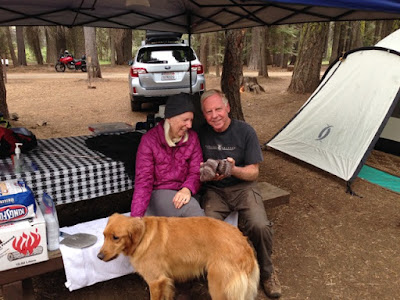 The Man said somehow the subject of yarn, knitting, and spinning came up. (Personally I think it's because he foisted B. Beenie on them; doesn't it look like the Husband is holding a small furry animal instead of a knitted hat?) Anyway, the Wife told The Man that she had been an active member with her local Spinning Guild and she thought I might be able to borrow or rent spinning equipment from my local Guild.

Oh my, the missed opportunity! I could have been learning to spin from someone who knew what they were doing instead of fumbling about by myself.

I knew my Spirits and Guides were talking to me, I knew this was not a coincidence. After hearing The Man's story I applied for membership to The Central Coast Weavers ("Serving Handweavers and Spinners on the Central Coast of California since 1962"), our local Guild. I knew about them, even marked my calendar for their big Annual Sale, but never got around to going. Frankly, I wasn't that interested. Until now.

Then through Ravelry I contacted a weaver and Guild member who lives in SLO. Out of the blue I sent Susan a message inquiring about the Guild. I knew I was on the right track when she wrote back and said "there are many spinners and they are a delightful group of gals". Better yet, the spinners group meet every Tuesday in Atascadero, a mere 10 minutes drive from our house.

About a week later Susan sent me a Ravelry message and asked if I was interested in a spinning wheel. Susan's friend had received a spinning wheel from the Guild as part of their Pass-It-Forward program. The item is yours to keep but when you no longer want or need it you pass it along to the next person rather than selling it.

Irene summed it up well in her email, "Susan passed your name on to me because you are looking for a spinning wheel and I have one to give."


It was love at first sight as I gazed upon the Saxony-style (think Rapunzel) spinning wheel. I had been drawn to the modern, compact wheels (looking at you Schacht Ladybug or you Louet Victoria) but who could resist this 1980's Ashford Traditional:  it's clean simple lines, the honey-gold patina on the Silver Beech wood. Beautiful. 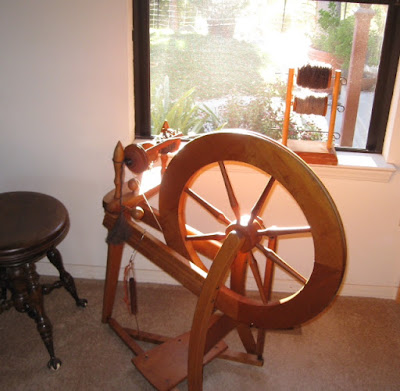 The Man has been teaching me about the wheel, how to adjust the tension, and how the mechanical parts work (not my forte, believe you me). He scratches his head when he sees me struggling with the foot treadle, sighs, then comes over to make a single minute change. Like magic, spinning becomes effortless. I'm fortunate and grateful to have a live-in spinning wheel maintenance man.

I've been working out the kinks, literally. Sometimes it's a twisty mess. 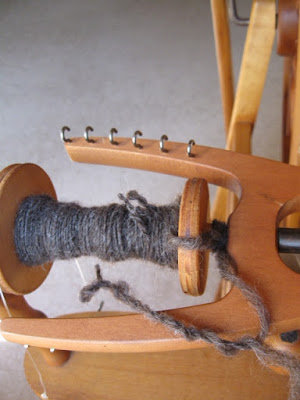 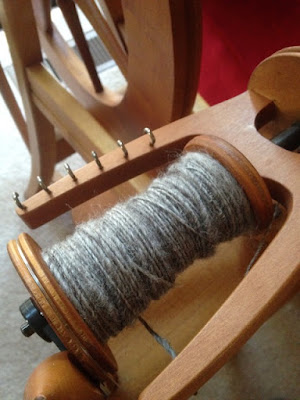 (Over-) spun yarn made on the Louet drop spindle, 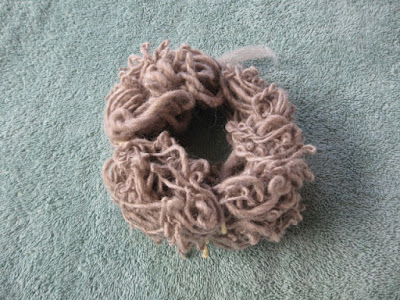 then plied together. First yarn. 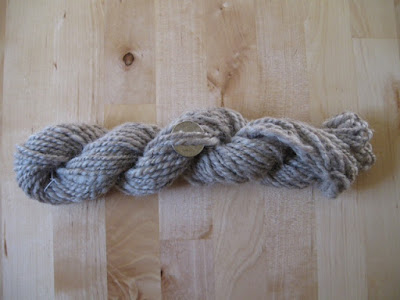 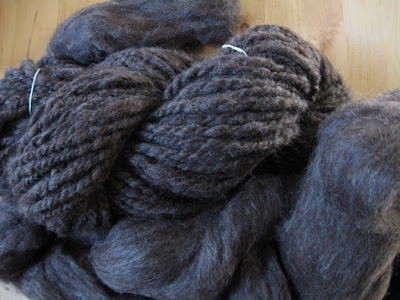 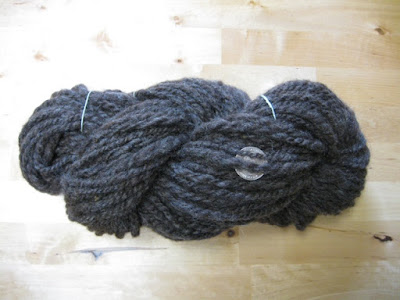 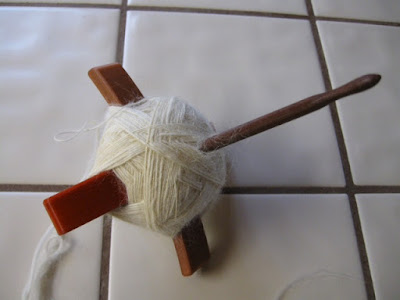 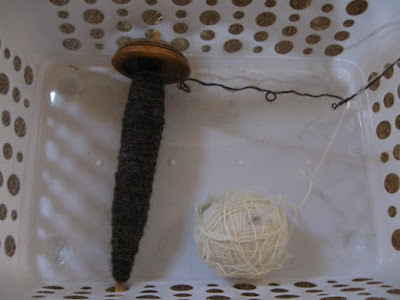 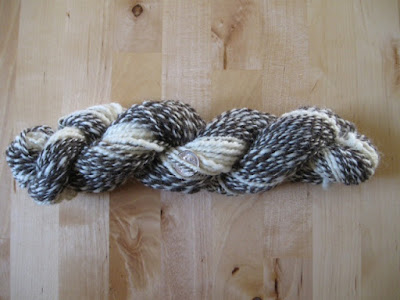 Irene's Magical Art Batt spun and plied on the Traddy. 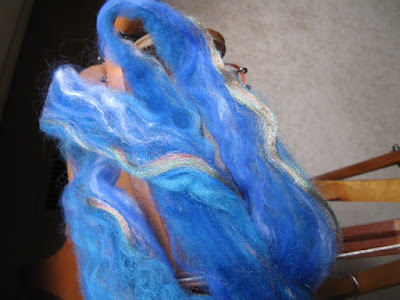 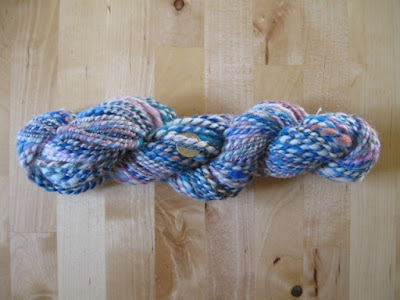 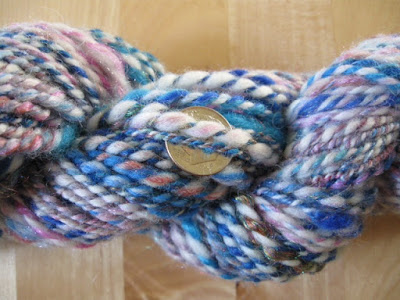