Out and About: California Central Valley

Last week The Man and I took a leisurely Sunday drive on the Suzuki V-Strom motorcycle to see the spring wildflowers in bloom. 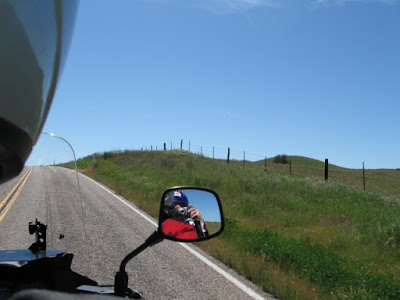 From Santa Margarita we headed east on Highway 58. It wasn't long before we began to see splashes of color in the nearby hills. 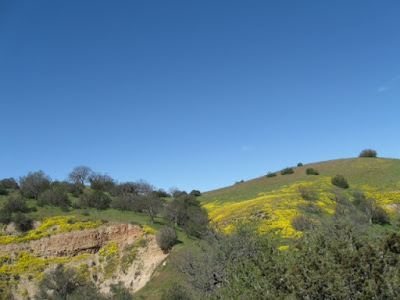 From Hwy 58 we turned right onto Soda Lake Road and entered the Carrizo Plain National Monument. The Monument was established on January 17, 2001 by President Bill Clinton. 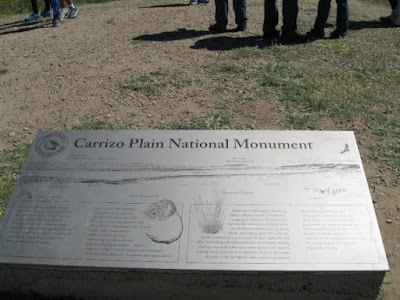 Today the Monument boasted an abundance of color - the hills, the flat lands - everywhere you looked seemed to be carpeted with flowers. 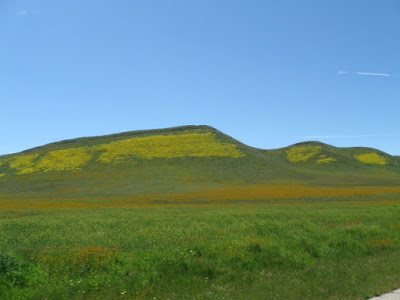 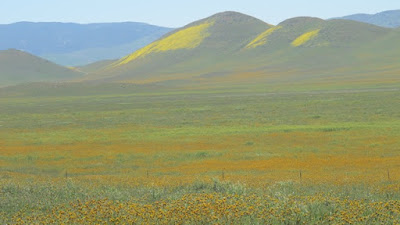 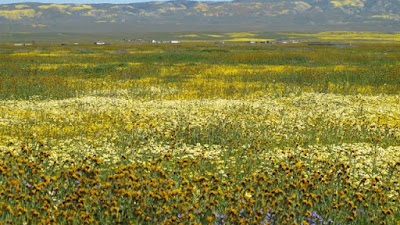 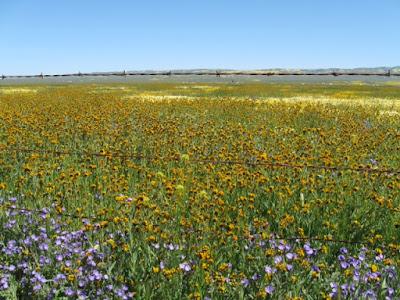 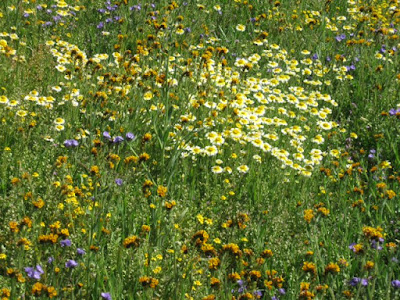 The wildflowers were attracting swarms of people.

This was unlike the other times The Man had been to the area. In the past he's usually the only visitor. 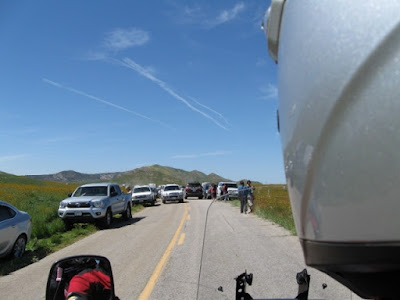 Soda Lake, normally a dry lake bed, shimmered blue along the wetlands. (When the lake water evaporates, white deposits of sulfates and carbonates that look like baking soda, will be left behind.) 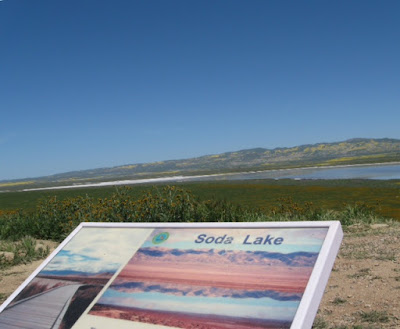 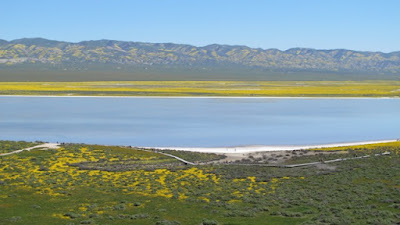 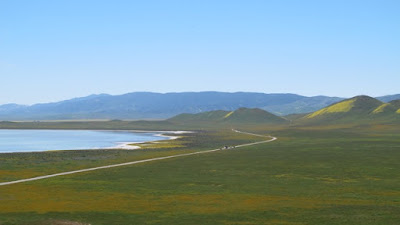 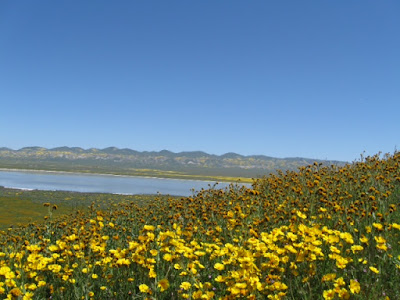 It was a spectacular day for a 2-Up motorcycle ride. It was well worth it to see the Super (albeit a bit crowded) Bloom. 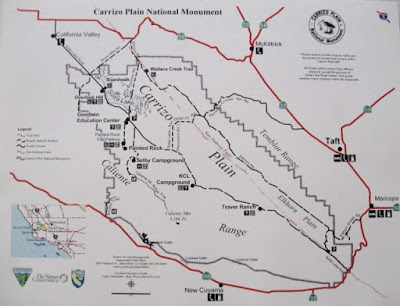