The other day I noticed our 2% milk was quickly approaching it's sell-by date and we had almost a full gallon left. That was a lot of milk to drink so I thought about how best to use it up. What about Corn Chowder? Nope, the weather's been too warm for soup. How about Macaroni and Cheese? Nah, too hot to turn on the oven.

Why, yes, that's a good idea. I've been meaning to try a batch in the Instant Pot. All it takes is milk and starter culture and I just happened to have a freshly opened container of plain Yoghurt that contains, "Billions of live and active cultures." Perfect. 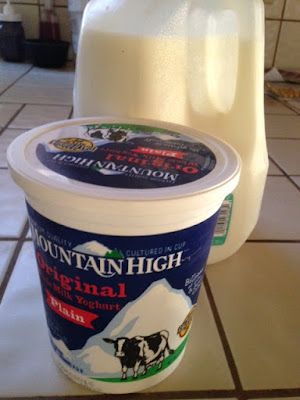 Although I could make the yogurt directly in the Instant Pot's stainless steel liner I decided on just a few jars in case I messed up and had to toss my culinary science experiment. I watched a couple of Youtube videos and read a couple of recipes for Instant Pot yogurt. Easy Peasy.

First the milk is steamed for one minute. Then cooled down before adding the live cultures because you don't want to kill the little buggers off by adding it to too hot milk. Unfortunately, I got distracted and by the time I checked the temperature of the steamy milk it had already cooled to 107°. I was aiming for 115°.

I was pretty sure I messed up and would be drinking thick sour milk from pint-sized canning jars. 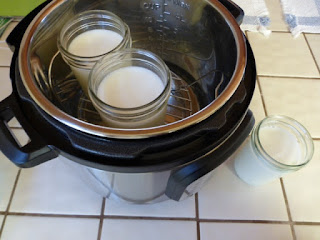 Oh, well. I went to the next step anyway and added a couple of dollops of Yoghurt and stirred it into the milk, pushed the "Yogurt" button, and used the machine's preset time to incubate for 8 hours. I watched the Instant Pot count the hours and minutes, and then it displayed the word "Yogt" when it hit the eight-hour mark. 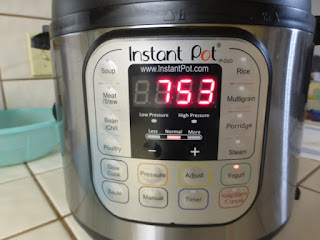 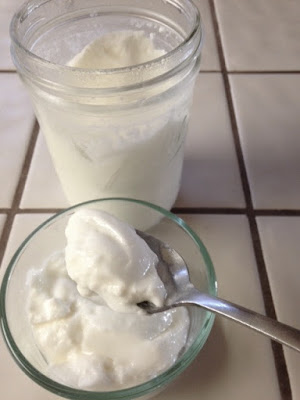 I gotta say The Man is not a fan of plain yogurt though he was a good sport about trying a few spoonfuls of the stuff and making appreciative (I thought) mmmm sounds. But eventually he reached his limit and declined any further tasting, ie. "I'm not going to try it anymore, it tastes like sour milk, quit sticking it in my face."

Okay. Right. Maybe plain yogurt is not the end all for a few some most people. I like it "as is" but I guess I could add a little fruit, maybe use it in my cooking, or add it to smoothies.

But you gotta admit, it's pretty cool to make yogurt from yoghurt.