I read the text message The Man had just sent me.

It was only then did I become aware of the continuous sound from above. In that moment, the drone of an engine broke through my thoughts: It's very goaty in here today ... I wonder if I'll smell like a goat for the rest of the day ... (deep breath) aaah ... gee, I wonder when I started enjoying the smell of goaty goats ...?

Yeah, so anyway, I dropped the broom I had been using to sweep out the soiled straw in the goat house, hurried from the pen, and started to run-walk in the direction of the house. I stopped suddenly to take a quick pic with my iPhone and almost got rear-ended by the parade of animals following close behind me. 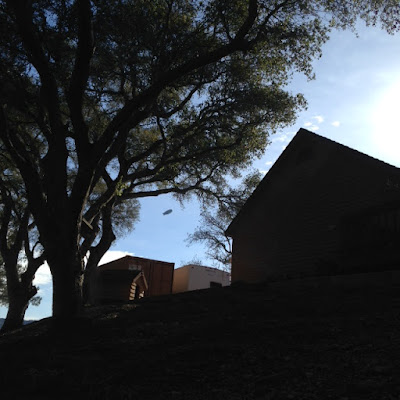 I ran into the house and grabbed my camera. Since we take off our shoes before we enter the house, Japanese-style, I tiptoed across the carpet in my work boots. Because, you know, wearing shoes in the house doesn't count if you tiptoe; I see The Man do it all the time. 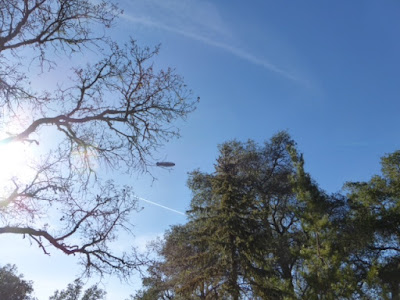 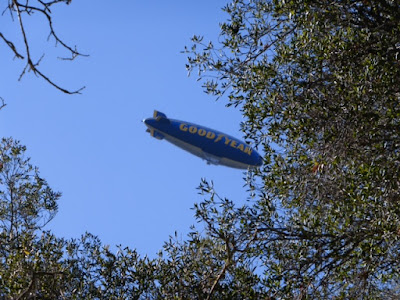 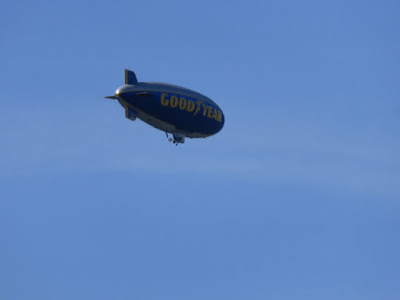 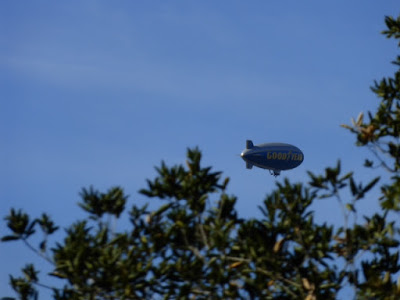 We've been fortunate to catch glimpses of the airships as they travel back and forth along the Balloon Highway, aka Highway 101. A couple of years ago we spotted the Metlife blimp as we headed home along the Cuesta Grade. 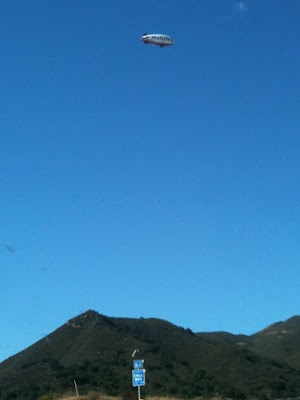 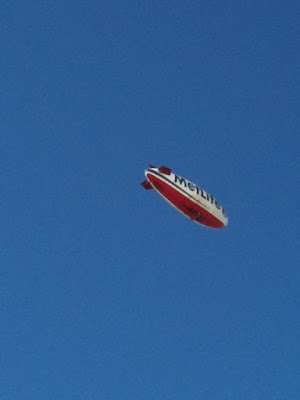 A couple of months later we spotted the Metlife blimp southbound. 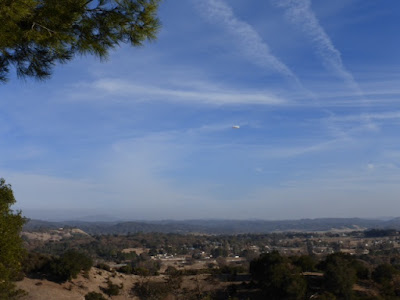 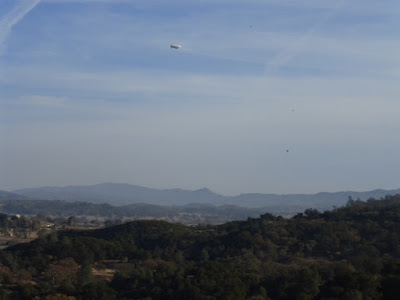 Early last August, Goodyear's blimp, the Spirit of America, was retired after 13 years of service. She was our first blimp sighting in our new home and created quite a stir of excitement as she suddenly appeared overhead. I was a little sad to read that she was deflated and decommissioned.

Her twin sister, the Spirit of Innovation, the blimp that we saw on Wednesday is scheduled for retirement next year according to Goodyear's website. The balloon blimps are being replaced with semi-rigid airships - they'll be faster, larger, and with quieter engines.

We might not be able to hear them right away but at 246 feet long - 50 feet longer than the Spirit of Goodyear blimps - we'll certainly be able to see them when they make their looming appearance overhead.