Last week I finally mailed off a couple of baby hats. 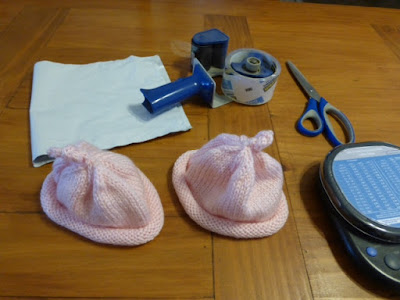 The too cute hats were completed in September; Erin's twin girls were born in October.  I had not gifted the hats then because I was hoping to knit two baby blankets as well.

In early September, I found a great pattern and bought soft and cozy yarn in baby colors. I casted on right away as soon as I received the yarn in the mail. 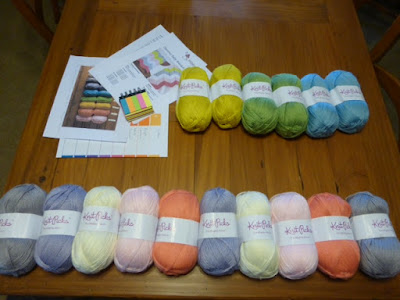 So, it's been three months and I've completed seven chevron stripes. 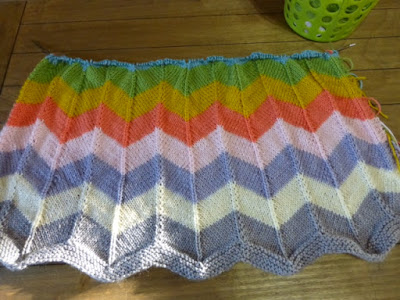 Sheesh, what was I thinking? It's a great pattern but I've stalled (i.e., I want to poke my eyes out with my Addi turbo needles) and it's only the first blanket.

It certainly doesn't help that instead of cutting the yarn of the completed green stripe, I cut the blue yarn by mistake. Oops. Perhaps that was my sign that the yarn wants to be turned into a rainbow of soft and cozy hats for the too adorable babies.

Plan B, not a bad option. 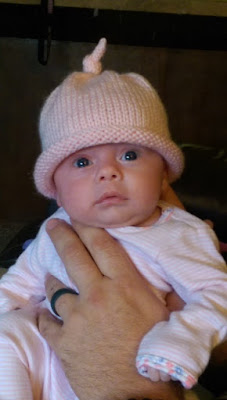