Out and About: Los Padres National Forest 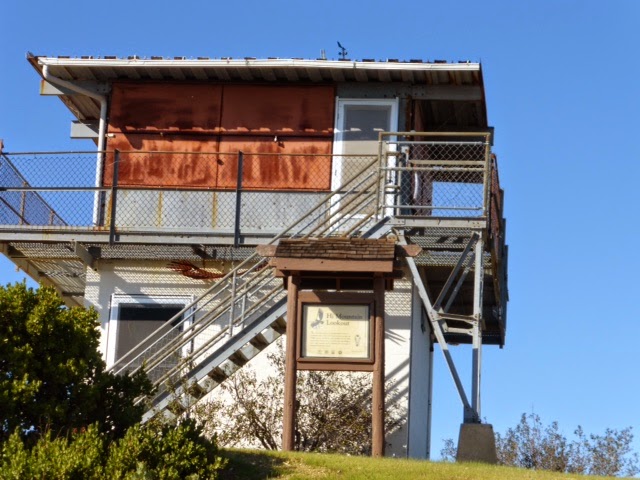 My spontaneous mid-morning idea was a day trip to Carrizo Plain National Monument to see if the wildflowers were in bloom. We drove till we got hungry, which wasn't very long since we left at noon, and stopped at Turkey Flats OHV staging area for a picnic lunch. No one around and the only sounds were the wind and birds in the trees.

The trip to Carizzo was nixed by The Man since we had gotten such a late start and he instead headed to Hi Mountain Lookout road. The Man had driven the steep dirt road several times with his motorcycle; it would be a first for me and the Goatmobile (aka Subaru Forester).


It's true: The grass is greener on the other side. 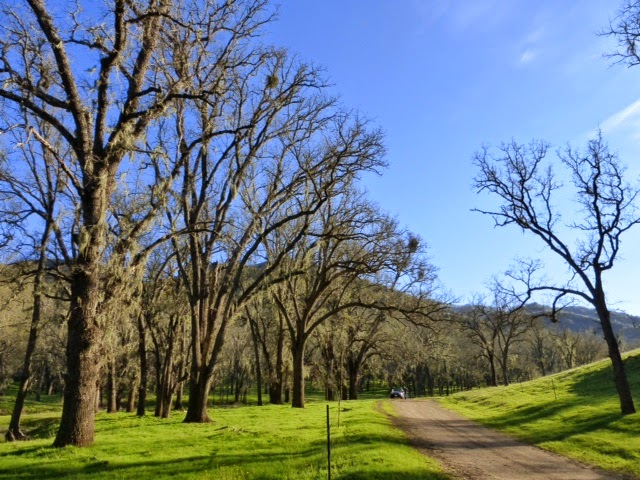 High atop the the Santa Lucia Mountain range (3198') sits the Hi Mountain Lookout, a retired USFS fire lookout, now a field-research and remote tracking station used to monitor the endangered California Condor. The Lookout is not much to look at but the views certainly are.

No, we didn't see any California condors. But, hey, we didn't see very many people either - count 'em, seven - and it was a spectacular day for a drive.