Last week Friday we brought home a new addition to the family. On that day she was officially declared to be a "stray" and available for adoption. The local Animal Shelter gives an owner seven days to claim their lost pet; sadly no one claimed her.

On the second day of her Animal Shelter life we preadopted her, i.e., paid her adoption fees and licensing in the event she wasn't claimed. In other words, we put first dibs on her. Truthfully, I was sorry to see that no one came looking for her. I searched the Lost Pets section in Craigslist, but no one was looking for an adult female, Queensland Heeler mix, black and white with blue eyes. 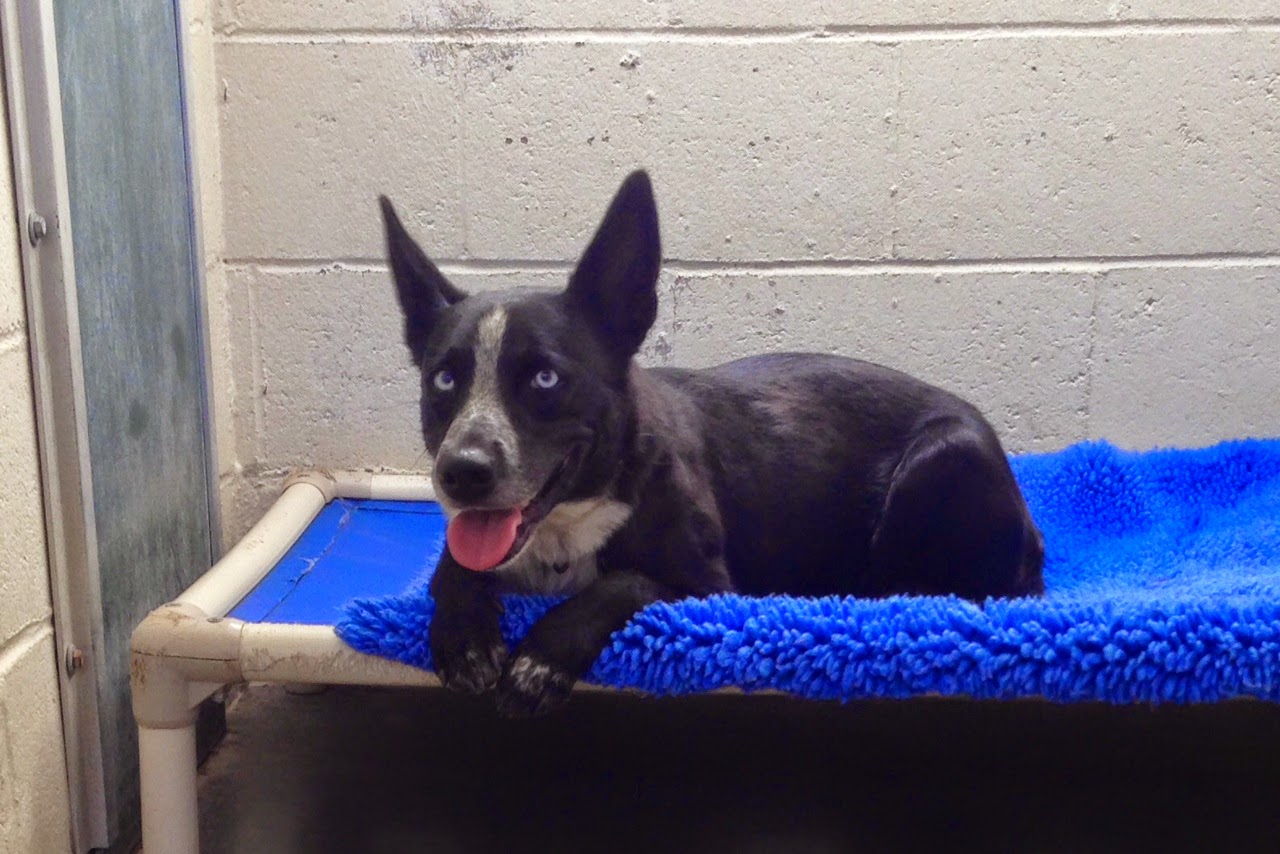 The SLO Animal Shelter spays/neuters the adoptees prior to adoption so on Thursday, the day before her surgery, we brought Mele to the Shelter for a meet and greet. We thought the newer dog might be in a better mood without drugs and pain clouding her reactions. To say it went well is questionable: the new dog growled at Mele, pulled extremely hard on the leash while walking, and shed her fur by the handfuls. The Shelter Volunteer, Sheila, reassured us that everything was okay and normal, including the shedding, "it's the stress".

The Man and I decided Mattie was a good name for an Australian cattle dog. "You know, Waltzing Matilda", he said. This was after he nixed my suggestions for names: "Ruby"(no), "Katy"(already had that name in the family, Tina's dog), "Ellie" (sounds like Mele), "Kylie", means boomerang, (no). Luckily I liked Mattie as soon as he suggested it.

Here's our Progress Report for the past week: 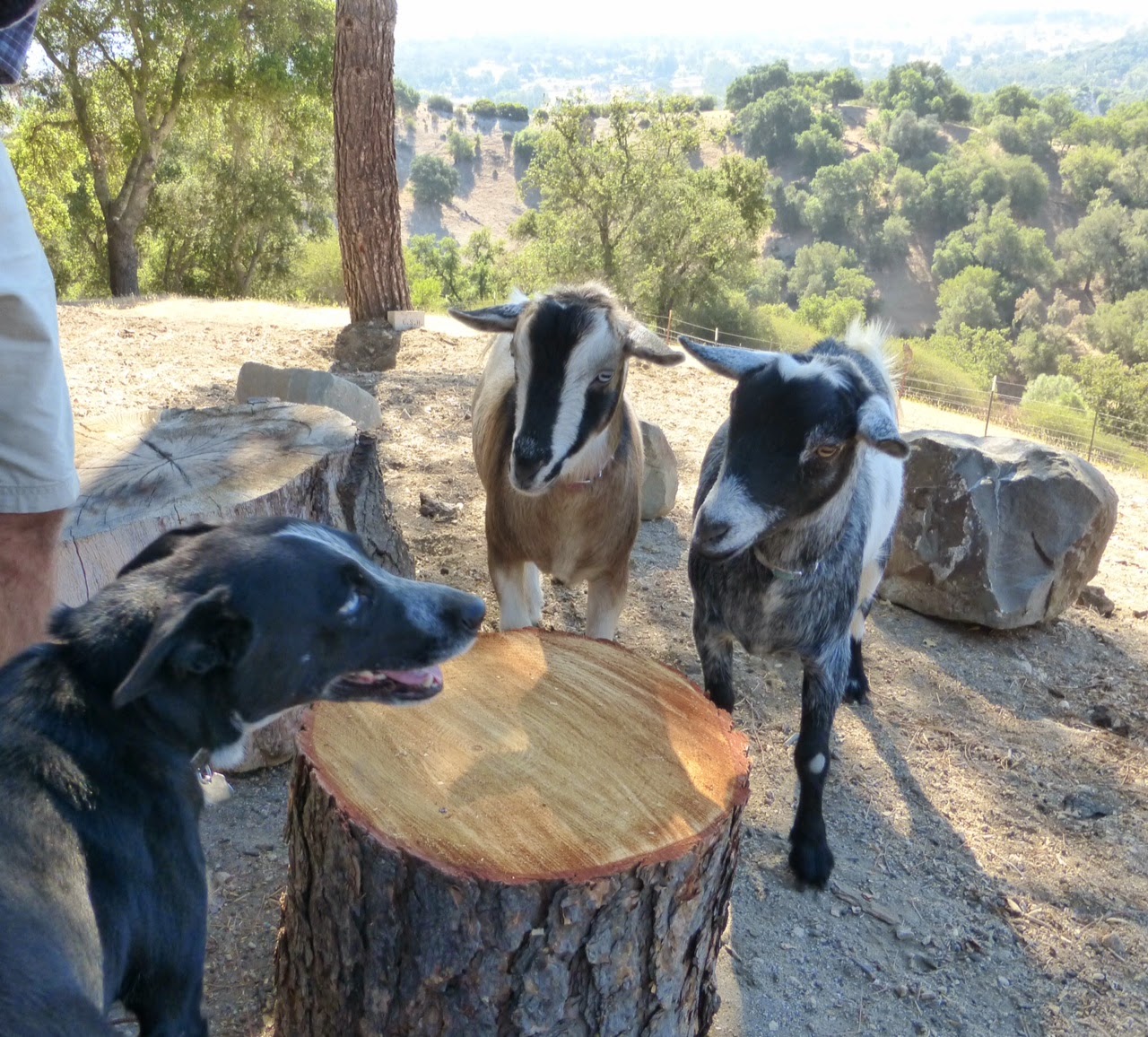 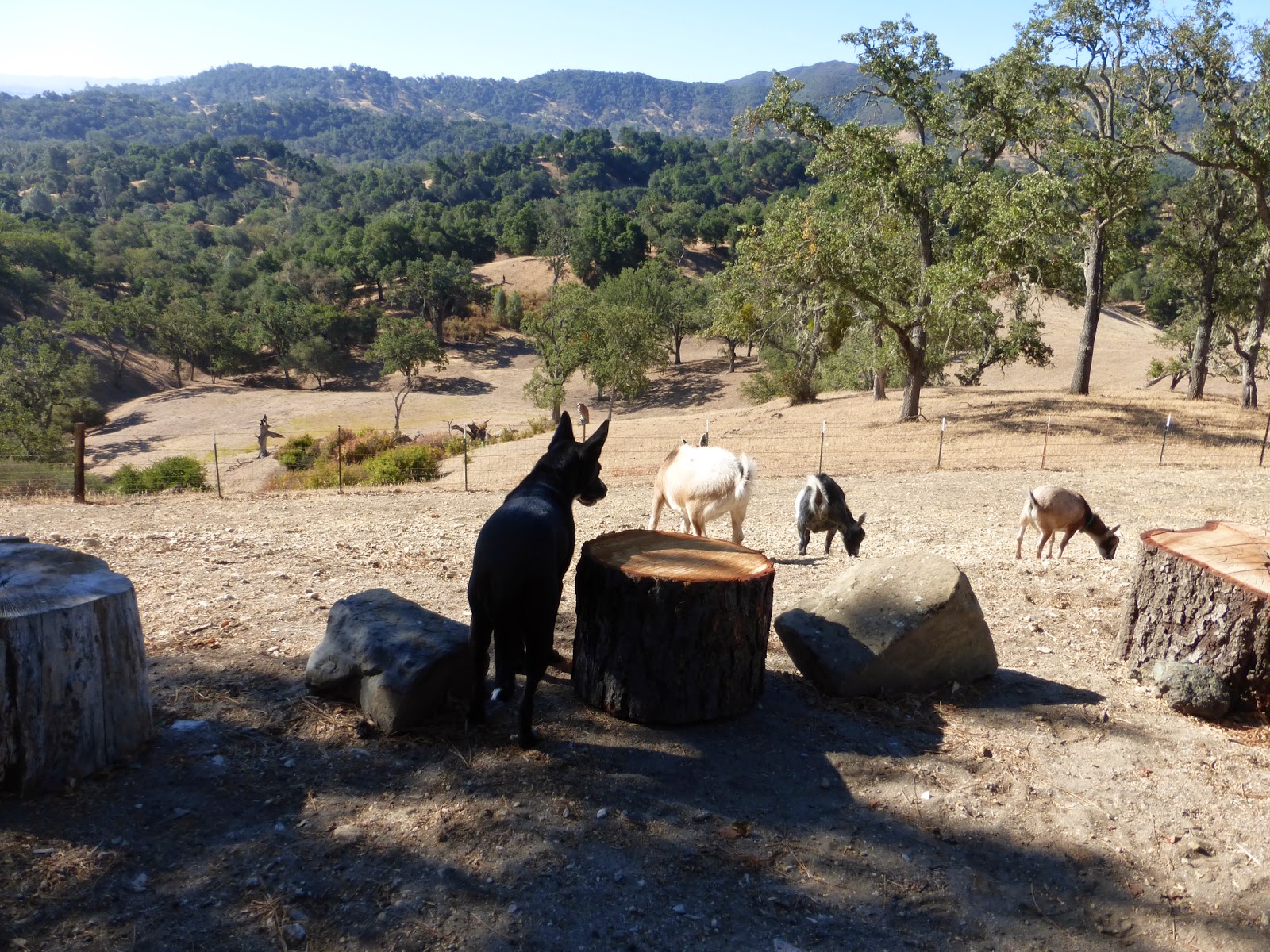 At the beginning of the week our neighbor, Matt, came over to help cut down a drought-stricken, precariously-leaning pine tree. He took one look at Mattie and said she wasn't a Queensland Heeler but a McNab Sheepdog, a Scottish dog. The Man started calling her Maggie and initially I was agreeable to changing her name but after thinking about it I decided to stick with Mattie. We can't be changing the dog's name willy-nilly every time we think of a better name. If The Man wants to he can call her McMattie.


Happy Labor Day, 2014.
Thank you to SLO County Animal Services Shelter Staff and Volunteers.
To Volunteers: Larry and Sheila, a very special thank you from Mattie.